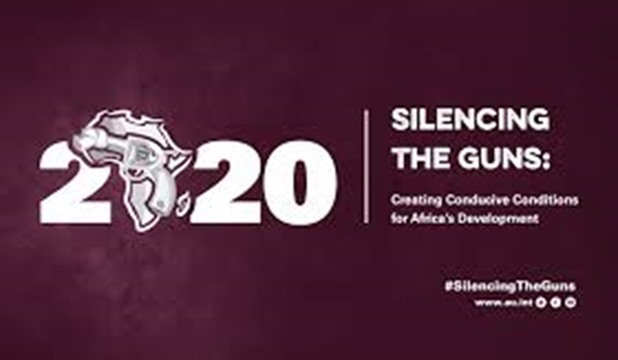 Egypt participates in the 33rd African Union (AU) Summit to be held on February 9 and 10, 2020. President Abdel Fattah El Sisi will hand over the presidency of the African Union to AU presidency to South African President Cyril Ramaphosa.

President Sisi’s activities in Addis Ababa also include participation in the African Union’s Peace and Security Council session on Libya and the Sahel, as well as the meeting of the Forum of Heads of State and Government of the African Peer Review Mechanism.

On the sidelines of the African Summit, President El Sisi holds bilateral meetings with a number of African presidents, leaders and international figures participating in the summit.

President Abdel Fattah El Sisi arrived in Addis Ababa to participate in the 33rd African Union (AU) Summit, due to be held on February 9 -10.

APRM Forum of Heads of State and Government

President Abdel Fattah El Sisi has stressed that the African Peer-Review Mechanism (APRM) is independent of any interference whether from the continent or from outside Africa.

Speaking at the APRM Forum of Heads of State and Government in Addis Ababa on Saturday, Sisi reiterated that such independence proves sincere determination of all leaders and peoples of the continent to carry out reforms and enhance values of democracy, rule of law and respect of citizens and their rights.

President Abdel Fattah El Sisi warned that the continued flow of thousands of terrorists and foreign fighters from Syria to Libya will not only threaten Libya’s security, but will also affect neighboring countries in the immediate future as well.

Addressing the African Union’s Peace and Security Council session on Libya and the Sahel, hosted by Addis Ababa on Saturday, Sisi noted that the crisis in Libya is passing through a critical phase, given its grave security implications on neighboring states, including the countries of the African Sahel region.

President Abdel Fattah El Sisi met Canadian Prime Minister Justin Trudeau in Addis Ababa. During the talks, Sisi stressed the importance of working to consolidate relations with Canada at all political, economic and commercial levels, in a way that serves the common interests of the two countries, especially in light of the high-level visits recently exchanged from both sides.

In turn, Trudeau hailed tangible progress achieved by Egypt over the past few years in the field of economic reform and comprehensive development, stressing his country's keenness to strengthen its relations with Egypt as a pivotal pillar for the stability and security of the Middle East, Mediterranean and Africa.

President Abdel Fattah El Sisi met with his Algerian counterpart Abdelmadjid Tebboune in Addis Ababa. The two leaders exchanged visions on several regional files of common concern, especially the Libyan crisis. They affirmed keenness to end the Libyan crisis by reaching a political solution that paves the way for restoring security and stability in the country and undermines external interventions in its internal affairs.

President Abdel Fattah El Sisi conferred with UN Secretary General Antonio Guterres in Addis Ababa. Sisi asserted that Egypt is keen on maintaining cooperation with the UN institutions in the different domains to boost international peace and security. During the meeting, Sisi reviewed the priorities Egypt paid attention to during its presidency of the African Union, which included continuing progress as regards the implementation of UN Development Agenda in Africa, boosting inter-Africa integration projects and regional merging in addition to achieving tangible steps on the track of settling disputes.

Meanwhile, Guterres lauded Egypt's distinguished position at the international arena, expressing appreciation for continued cooperation between Egypt and the UN. Guterres also praised the strenuous efforts of President Sisi during Egypt's presidency of the AU.

The two-day summit held under the theme "Silencing the Guns: Creating Conducive Conditions for Africa's Development," with the participation of 31 heads of state and four prime ministers along with seven foreign ministers and three African vice-presidents.

President Abdel Fattah El Sisi - outgoing African Union President - handed over the AU presidency to South African President Cyril Ramaphosa. This came during the opening session of the African Summit in Addis Ababa under the theme of “Silencing the Guns: Creating Conducive Conditions for Africa's Development.”

President Abdel Fattah El Sisi returned home after partaking in the 33rd Ordinary Session of the Assembly of the African Union in Addis Ababa.