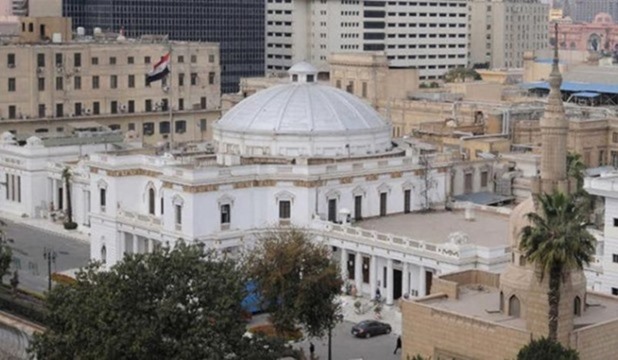 The Egyptian Parliament is the oldest legislative institution in the Arab nation, which has begun since the ruling of Muhammed Ali who formed the higher Council in 1824, and Mohammed Ali put the basic regulations for the Higher Council in January 1825 that specified its terms, until Khedive Ismail came in 1866 to establish the first representative parliament, which is the Shura Council of Representatives, and this developed until the declaration of the 1923 Constitution, that represented a major step on the path to establishing a correct parliamentary life in Egypt, and Parliament formed in the light of the constitution from the House of Representatives and the Senate.

When President Muhammad Anwar al-Sadat assumed power, in September 1971 the permanent Egyptian constitution was issued, through which a new stage of modern and contemporary history in Egypt began, according to which the Shura Council was established, and the Shura Council held its first session in November 1, 1980, the idea of having two chambers of parliament came back.

In the following we review the important historical milestones that the Senate (formerly Shura) has gone through since its beginning and until now:

The Higher Council ... the origin of the Egyptian parliament system

In 1824, the Higher Council was formed, which is the real beginning of parliament, some of its members are chosen by election and take into account the representation of different cohorts of people, as they are 24 members at the beginning, then their number became 48 members after adding 24 sheikhs and scientists.

This council consisted of chairmen of Diwan and heads of states, two chosen by Sheikh of Al-Azhar, two merchants chosen by chief of merchants and two with knowledge of accounts and two big land lords from each directorate elected by the people and appointed to head this council «Abdi Shukri Pasha» one of the graduates of the first scientific mission and he had studied administration and law in France, and the membership of the council who were representatives of merchants, scientists was one year, and this was the first step for a government system in the country. The advanced councils were executive government councils composed of senior employees and popular bodies did not represent the people and we cannot consider it the origin of a representative or semi-representative system.

In January 1825, the Basic Statute of the Higher Council was issued, and its terms of reference were specified to discuss what Muhammed Ali considers or proposes regarding the internal policy.

In 1829, Muhammad Ali established the "Consultation" Council, which is an important step in Egypt, and it consisted of (156) members, (33) of them were senior officials and scholars, (24) from the regional heads, (99) members from Senior Egyptian men are chosen through the election. This council was held once a year and specialized only in education, administration and public issues.

The Shura Council of Representatives ... The first parliament specialized in parliamentary competencies

In 1866, Khedive Ismail established the Shura Council, and it was composed of (75) members who were elected for a period of three years.

The Council’s formation included both the basic and executive statutes of the council, and the two statutes formed the first parliamentary document having a constitutional form.

The basic statute included eighteen articles that included the election system, the legal requirements, the sessions of the council, and its powers to deliberate in internal affairs, And raise tips to the Khedive. The executive statute, it focused on the council's work system, that known now as the internal statute.

The Shura Council of Representatives lasted for about (13) years, during which the parliament convened in nine terms over three parliamentary bodies, from November 25, 1866 to July 6, 1879. Although the parliament did not have full powers at the beginning, in 1879 AD, it was completed by establishing the principle of the responsibility of the government, and after a period of time, the power of the Council expanded slowly, and opposition bodies start to emerge.

The Laws Shura Council ... the era of Khedive Tawfiq

Tasks of that council Limited to asking the government to submit draft laws.

Legislative Assembly ... the participation of minister

In 1913, the Legislative Assembly was established, and it was made up of 66 elected members, while the appointed members were (17) members, and the total number of members (82).

Parliamentary life in Egypt stopped due to the First World War, and it was issued to disassemble on April 28, 1923

Parliament of the 1932 constitution

Post First World War, the Egyptian revolution broke out in 1919, demanding freedom and independence for Egypt, and establishing a full parliament and democratic life.

A new constitution for the country was issued in April 1923, and a thirty-member committee included representatives of political parties, and leaders of the national movement.

1952 revolution ... the absence of the Shura Council

One of the principles of the July 23, 1952 revolution was "having a real democratic life", so it canceled the previous constitution, declared the republic.

In January 1956, the new constitution of 1956 was announced. According to this constitution, formed the first Parliament Within of the July 23 Revolution and began its sessions on July 22, 1957. It was called the "National Assembly", and it consisted of 350 members.

In March 1964, a temporary constitution was issued, under which an elected parliament of 350 members was formed, in addition to ten members appointed by the President.

Amending the 1971 constitution ... the return of the Shura Council

On September 11, 1971 the permanent constitution was declared and remain until the declaration of the constitution in 2011 following the revolution of January 25, 2011.

In 1980, the Shura Council was established, with the aim of expanding the political and democratic participation. The people agreed in a public referendum to establish the Shura Council. Accordingly, the constitution was amended.

The Council continued throughout Mubarak’s period until January 25 Revolution, the People's Assembly and the Shura Council were dissolved, the 1971 constitution was suspended, and new legislative elections were held in 2012.

After June 30, 2013, President, Adly Mansour, issued a decision to dissolve the Shura Council and only the House of Representatives remains.

On 07 July 2020, President of the Republic Abdel Fattah El-Sisi issued the new Senate Organization Law No. 141 of 2020, which came in implementation of the new constitutional amendments to the provisions of the 2014 constitution in 2019. The legislator has created a new chapter consisting of 7 articles (Articles 248 to 254) that sets the constitutional rules for the return of the Senate to Egyptian parliamentary life.

The canceled Shura Council headquarter at Al-Qasr Al-Aini Street in downtown Cairo, and only 200 meters from Tahrir Square. The residence is located in one of the historical palaces, and the history of the construction of the palace dates back to 1866 during Khedive Ismail era, and the palace itself was the headquarter of the "Senate", which was emerging under 1923 constitution, which remained until the revolution of July 1952.

Return of the assets of the Shura Council