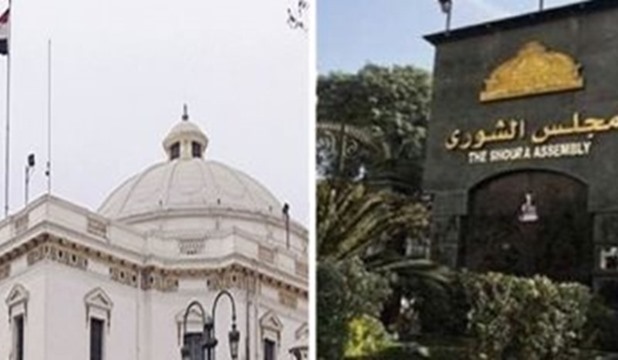 During the current period, Egypt is taking serious steps to complete its constitutional and legal institutions by moving forward towards holding elections for the Senate, to give effect to the amendments of Egypt’s constitution in 2019.

President Abdel Fattah El-Sisi endorsed law No. 141 of 2020 to form Egypt’s Senate (higher house of parliament). The sanctioned law was published in the official Gazette.

Hereinafter, the most important points contained in the Senate law compared to the previous law for the Shura Council. The results distinguishing the current Senate law will also be discussed.

The current Senate law introduced some provisions that distinguished it from the previous law in terms of increasing the representation of women, and the member obtaining a university qualification. The law also contained rights and duties for members of the Senate, which we review in detail as follows:

- At least 10% of the total number of seats shall be allocated to women.

- The Senate law included the rights and duties of members of the Senate represented in:

Except in the case of flagrante delicto, no criminal action may be taken against a Senate member in matters of felony and misdemeanor except with prior permission from the Senate. In a session other than the convening period, the permission of the Senate office must be taken, and the Senate shall be notified at the first session of the action taken. In all cases, the decision to take a criminal action against the member must be decided within thirty days at most, otherwise the request will be considered admissible.

A member of the Senate shall devote him/herself on a full-time basis for the tasks of membership and his/her post shall be reserved for him/her in accordance with the Law.

A Senate member shall receive a remuneration determined by Law. In case the remuneration is changed, such change will only come into force at the commencement of the legislative term following the one during which the change was adopted.

As a condition for undertaking his/her duties, a Senate member shall take the following oath: “I swear by The Almighty God to loyally uphold the republican system, respect the Constitution and the Law, fully uphold the interests of the People, and to safeguard the independence of the nation and the integrity and safety of it.”

Throughout its membership tenure, no Senate member may, whether in person or by proxy, buy, rent or lease any asset owned by the State or a public-law legal persons or a public sector company or a public enterprise sector company; sell to or barter with the state any part of its own property or conclude a contract with the State as a vendor, supplier, contractor or otherwise as set out by Law. Any of such acts shall be void.

- According to Article 116 of the Constitution, the President of the Republic may, when appropriate, convoke the two councils to make a statement or convey specific messages in a joint session. In addition, the Senate as well as the House of Representatives may be called to an extraordinary session, by the President of the Republic, or upon a request from council members to consider an urgent matter.

- An issue can be discussed in a joint meeting between the two councils in the presence of a political leadership according to Article 286 of the internal regulations of the House of Representatives, which now applies to the Senate and stipulates that both the President of the Republic and the Prime Minister may call a special session for an exchange of views on matters related to the interests of an issue. And since the Speaker of the House of Representatives may, in agreement with the Prime Minister, invite dignitaries and State guests to deliver a speech without an agenda, therefore he may call a joint meeting for the two councils.

- Article 254 of the Constitution referred to Article 136, the tools of regulation, which state that the Speaker and his deputies as well as the Prime Minister, his deputies, ministers and their deputies may attend the sessions and committees of the Councils. Their attendance may be obligatory if requested by the House. They may be assisted by high-ranking officials of their choice. They shall be heard whenever they request to speak; they shall answer questions pertaining to issues in discussion, but shall have no counted vote when votes are taken, without any of the senators having the right to use any monitoring tool, such as a request for briefing, urgent statement, or questioning, etc.