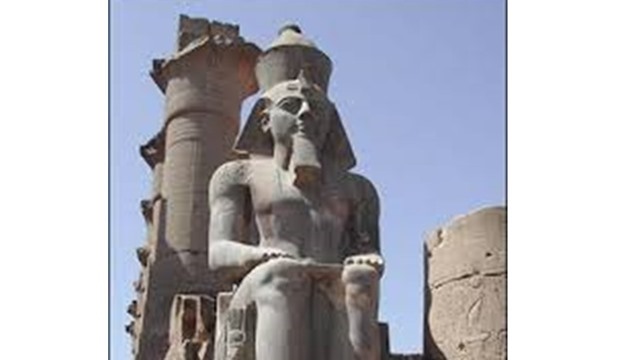 (also known as Ramses the Great) was an Egyptian pharaoh of the nineteenth dynasty. 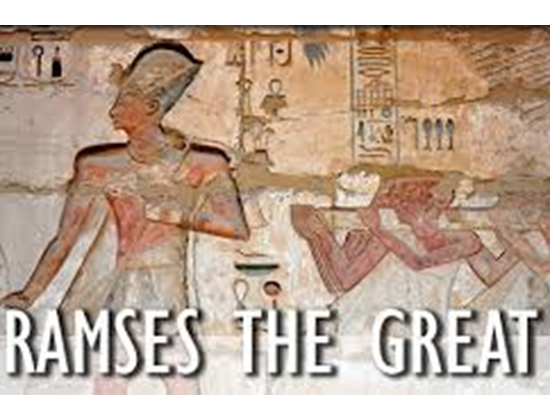 He was born ca. 1302 BC. At age fourteen, Ramses II was appointed Prince Regent by his father.

Ramses II was the third king of the 19th dynasty, and the second son of Seti I and his Queen Tuya. The most memorable of Ramses' wives was Nefertari. Earlier wives, among others, were Isisnofret and Maathorneferure, Princess of Hatti. 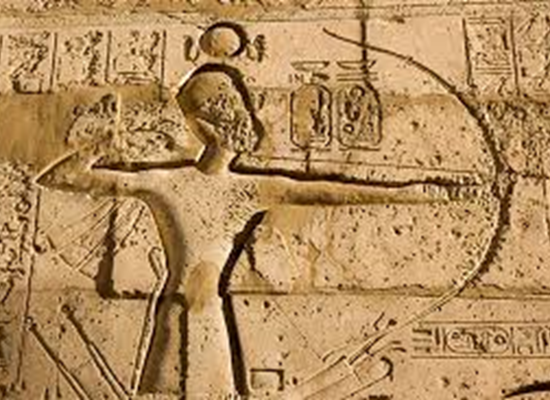 The writer Terence Gray stated in 1923 that Ramses II had as many as 20 sons and 20 daughters; more recent scholars, however, believe that his offspring were far fewer.


His children include Bintanath and Meritamen (princesses and their father's wives), Sethnakhte, the Pharaoh Merneptah (who succeeded him), and prince Khaemweset.


Ramses led several expeditions north into the lands east of the Mediterranean. At the Second Battle of Kadesh towards the end of the fourth year of his reign (1274 BC), Egyptian forces under his leadership engaged the forces of Muwatallis, king of the Hittites. Neither power could effectively defeat the other in battle.

Thus, in the twenty-first year of his reign (1258 BC), Ramses decided to conclude an agreement with the new Hittite king at Kadesh, Hattusili III, to end the conflict. The ensuing document is the earliest known peace treaty in world history.

Ramses II also campaigned south of the first cataract into Nubia. He constructed many impressive monuments, including the renowned archeological complex of Abu Simbel, and the mortuary temple known as the Ramesseum. It is said that there are more statues of him in existence than of any other Egyptian pharaoh, not surprising as he was the longest-reigning pharaoh by many years.
• Abu Simbel: 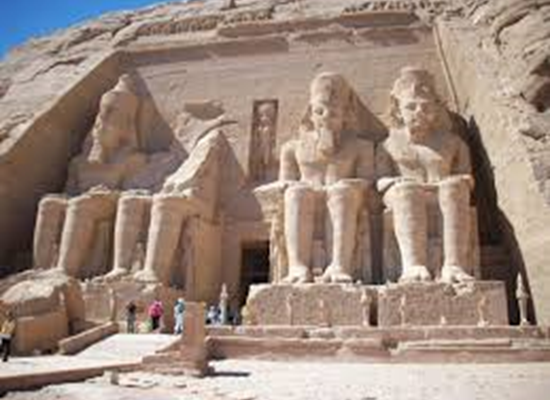 The construction of the temple complex started in approximately 1284 BC and lasted for circa 20 years, until 1264 BC. Abu Simbel ruins were originally being found in the Sudanese lands before being relocated in 1964. Known as the "Temple of Ramses, beloved by Amun", it was one of six rock temples erected in Nubia during the long reign of Ramses. Their purpose was to impress Egypt's southern neighbours, and also to reinforce the status of Egyptian religion in the region.

The complex consists of two temples. The larger one is dedicated to Ra-Harakhty, Ptah and Amun, Egypt's three state deities of the time, and features four large statues of Ramses II in the facade. The smaller temple is dedicated to the goddess Hathor, personified by Nefertari, Ramses's most beloved wife (in total, the pharaoh had some 200 wives and concubines).

Not only are the two temples at Abu Simbel among the most magnificent monuments in the world but their removal and reconstruction was an historic event in itself.
When the temples (280 km from Aswan) were threatened by submersion in Lake Nasser, due to the construction of the High Dam, the Egyptian Government secured the support of UNESCO and launched a world wide appeal.

During the salvage operation which began in 1964 and continued until 1968, the two temples were dismantled and raised over 60 meters up the sandstone cliff where they had been built more than 3,000 years before.

Here they were reassembled, in the exact same relationship to each other and the sun, and covered with an artificial mountain. Most of the joints in the stone have now been filled by antiquity experts, but inside the temples it is still possible to see where the blocks were cut. You can also go inside the man-made dome and see an exhibition of photographs showing the different stages of the massive removal project. 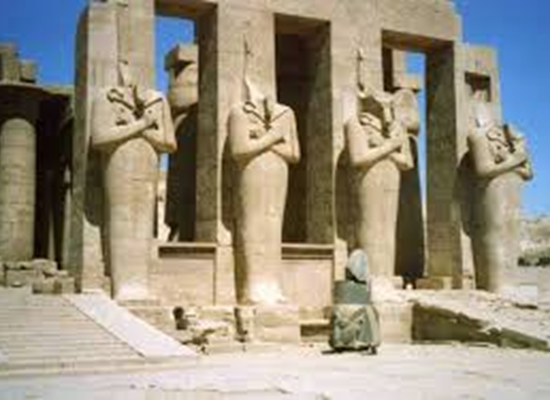 The Ramesseum is the memorial temple (or mortuary temple) of Pharaoh Ramses II. It is located in the Theban necropolis in Upper Egypt, across the River Nile from the modern city of Luxor. The name – or at least its French form, Rhamesséion – was coined by Jean-François Champollion, who visited the ruins of the site in 1829 and first identified the hieroglyphs making up Ramses's names and titles on the walls.

Ramses II was buried in the Valley of the Kings, but his mummy was later moved to the mummy cache at Deir el-Bahri, where it was found in 1881 and placed in the Egyptian Museum in Cairo five years later, where it is still exhibited with pride by the Egyptian people.

Large number of tourists comes to Egypt to watch the more than 3000-year phenomena of the sun falling perpendicular on the face of Ramses II in Abu Simbel.
Happening twice a year, the rays of the rising sun reach 61 meters into the sacred inner sanctuary of the temple in Abu Simbel on February 22 and October 22. For twenty minutes the sun shines on the holy statues of Ramses II, Amon Ra (the sun god), and Ra-Harakhty, god of the rising sun.

Ptah, god of the under-world and darkness, seated at the far left of the row of gods, remains dark on these occasions. Some things never change.