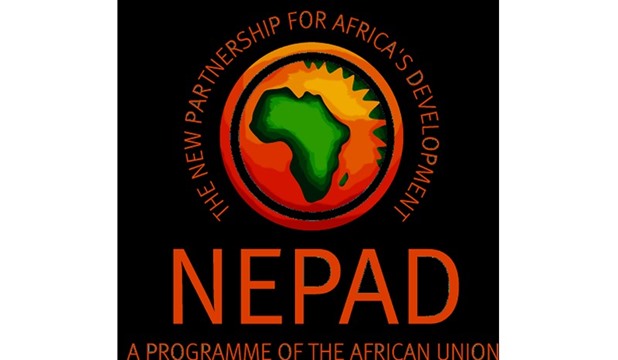 - Egypt, Nigeria, South Africa and Algeria adopted, following a series of meetings on the technical level, the Millennium Partnership for Africa’s Recovery Program (MAP) within the framework of the African keenness to offer an African initiative including vision and proposals of countries in the continent in dealing with problems in face of the continent and realizing targets of economic and social development for its peoples. However, Senegal has offered another initiative known as "OMEGA Plan".

- The MAP Steering Committee held a meeting in Cairo in June 2001 which succeeded in merging the two initiatives under the name of "New African Initiative" (NAI) approved by the Organization of African Unity in Lusaka in July 2001.

Egypt’s role in the initiative’s formulation, promotion and implementation:

1- Egypt has participated with Algeria, Nigeria and South Africa in the adoption of MAP Initiative and attended all preparatory meetings.
2- During the meeting of MAP Steering Committee that was held in Cairo in June 2001, Egypt succeeded in reaching an agreement between the four countries (Egypt, Algeria, South Africa, Nigeria) and Senegal to merge the two initiatives of MAP and OMEGA Plan in one document.
3- In July 2001, former President Mubarak delivered a message to the Italian Prime Minister in his capacity as president of the G8 to encourage countries of the group to support the initiative.
4- Egypt has participated, on the ministerial level, in meetings of the implementation committee.
5- Former President Mubarak headed Egypt’s delegation in a meeting called for by French president Jacque Chirac in Paris on February 28, 2002. 13 heads of African states attended the meeting with the aim of promoting the initiative and preparing it to be submitted to the G8 summit in Canada on June 20, 2002.

6- Former President Mubarak participated in the meetings of Evian summit that was held on June 1, 2003 between the G8 countries, the five African countries and heads of "Emerging Countries". In his statement, Mubarak said that the NEPAD is giving priority to the achievement of comprehensive development in the continent stressing the necessity of increasing the access of African agricultural exports into the world markets, decreasing prices of medicines and developing the use and management of water resources.
7- Egypt participated, on the level of foreign ministers, in the "high level dialogue" that was organized by the UN General Assembly on September 16, 2002. Egypt in the debate held in the UNGA on the sideline of its discussions in the high-level dialogue.
8- Egypt participated in the meeting that was held between heads of states of the initiative and heads of G8 countries on the sideline of UNGA meetings in New York in September 2003. The meeting dealt with means of supporting the initiative implementation.
9- A delegation from the People’s Assembly (PA) under the chairmanship of former PA Speaker participated in the activities of "Forum of African Parliamentarians on NEPAD" that was held in Cotonou in October 2002. The delegation stressed Egypt’s support to the initiative and its keenness to participate seriously in putting its programs into effect.
10- Egypt has offered a group of proposed projects in the field of transportation and launched a project to release an electronic site on the internet for the initiative in order to develop cooperation among African countries on one hand and with partners of development on the other.
11- Egypt is a member in the support group of the Comprehensive Africa Agricultural Development Program, in its capacity as coordinator of the agriculture file in the initiative, which mobilizes the resources necessary for the program implementation.
12- Egyptian Ministry of Agriculture has prepared feasibility studies for four projects to be listed in the regional agricultural projects within the framework of the initiative. The ministry organized a national lecture in Cairo on the "NEPAD Agriculture Sector" in March 2003 to inform officials and technical experts in the ministry and affiliated research centers of targets and elements of the Comprehensive Africa Agricultural Development Program.
13- In October 2003, Egypt hosted the meeting of Steering Committee of NEPAD environmental side, on the ministerial level. The meeting dealt with means of supporting the implementation of capabilities building program within the framework of the aforementioned action plan and preparation for the donors’ conference to support the action plan implementation held in Algeria on December 15-16, 2002. Egypt has submitted three projects to be implemented within the framework of the environment plan of action.
14- A meeting was organized for experts, in coordination between the foreign ministry, foreign trade ministry and NEPAD secretariat, and was held in Cairo in March 2005 to discuss topics in the agenda of multilateral international trade negotiations as well as activating the markets access file within the framework of NEPAD. Representatives of African countries, African Union Commission, African Development Bank, African economic groupings, FAO, World Bank and other concerned international and regional organizations participated in the meeting which approved a group of recommendations with the aim of formulating a unified African stance towards the issues of markets’ access and medicines industry to be adopted in the ministerial conference meetings of the World Trade Organization (WTO) that was held in Cancun in September 2003.
15- Egyptian Ministry of Agriculture organized a national workshop, in cooperation with the United Nations Food and Agriculture Organization (FAO), in Cairo in December 2003 to discuss means of preparing a medium-term agricultural investment plan including the implementation of national projects within the framework of the Comprehensive Africa Agricultural Development Program. The ministry signed a protocol of technical cooperation with FAO in March 2004 for financing the studies of this project.
16- Egypt participated in the Fifth Meeting of the African Partnership Forum (AFP) that was held in London in October 2005.
17- Egypt participated in the NEPAD Steering Committee meetings held in South Africa in August 2005, and March and May 2006 for preparing "the African Work Plan for implementing the initiative" and discussing means of cooperation with the development partners in implementing the plan.
18- On behalf of former President Mubarak, former Foreign Minister Ahmed Abul-Gheit headed the Egyptian delegation that participated in the 14th session of NEPAD Executive Committee Meetings, held in Khartoum, on January 2006.
19- Egypt participated in the 15th Session Meetings of the NEPAD Executive Committee, held on the sidelines of the African Union Summit held in Banjul in July 2006, to follow up the efforts exerted for implementing the NEPAD projects, assess the results of the dialogue meetings with the development partners within the framework of Africa Partnership Forum (APF), and discuss adding NEPAD to the African Union’s structure.
20- Egypt participated in the Africa Fertilizer Summit that was held in Abuja on 13 June 2006, within the framework of the CAADP program.
21- Egypt participated in the meetings of the 7th session of the African Partnership Forum that was held in Moscow on October 23-27 2006.
22- On 27/1/2007, former Foreign Minister Ahmed Abul-Gheit led the Egyptian delegation tothe meeting of countries of Partnership for Africa’s Development (NEPAD) Summit that was held in Addis Ababa, Ethiopia on 28/1/2007 on the sideline of the African Union Leaders Summit Meetings.