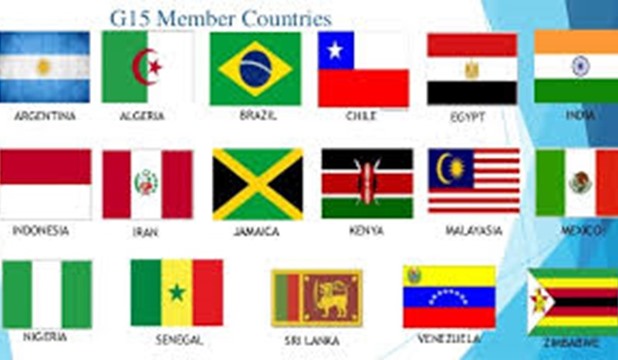 G-15 countries together are responsible for 25% of global crude oil output with Iran, Mexico, Venezuela, Nigeria, Brazil and Algeria among the world’s leading producers of oil and natural gas.

In 2007, G-15 countries accounted for one-third of the world’s population, and 27% of total exports and 30% of total imports of goods and services by developing countries. In terms of GDP size, 12 member countries counted among the world’s 50 biggest economies, with three (India, Brazil, Mexico) ranking among the biggest 15.