SIS: World is required to support Egypt in its war against terrorism after Rafah attack 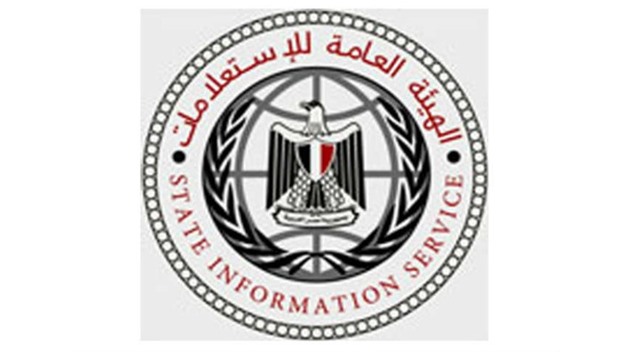 The State Information Service (SIS) extends its condolences to the Egyptian people, leadership, Armed Forces and security men over the army heroes who lost their lives today in the heroic confrontation against terrorists in Rafah city.

The SIS is appreciating the vigilance and valor of the heroes of Egypt for standing up to these criminal elements.

Today's incident confirms several facts and drives home several messages atop of which is that today's battle with the remnants of terrorist groups shows the state of despair of these groups which are subject to successive security strikes.

What happened today drives home a message to the whole world confirming the nature of the battle of Egypt against terrorism in the internal front and hunting down its supporters abroad who are justifying terrorist crimes and providing media outlets for terrorists to spread their venom and falsify facts in favor of these groups who are threatening most of the world countries and who are enemies to the values of civilization and humanity.

The events of today also expose some organizations and associations in the world who turned into mere mouthpieces that are framing up accusations and using the slogans of human rights and freedoms as a cloak for defending terrorists and protecting their media outlets that are propagating their ideology disregarding all rights of the victims of terrorism either persons, or peoples or societies atop of these rights comes the right to life.

Today's attack is a terrorist crime that requires the whole world to undertake a wider role in supporting Egypt and all countries fighting terrorism for ending its organizational and intellectual roots along with its sources of political, financial and media support.

What happened today is a terrorist act from which no country in the world could be safe over the past years. The SIS confirms to the international media that standing up to terrorist organizations is only confined to a limited geographical area in Egypt while the remaining parts of the country including its cities and coasts enjoy safety and security thanks to the high vigilance of security men and other bodies concerned. Also the SIS would like to confirm that all tourists and investors in Egypt enjoy the highest degrees of safety.

Meanwhile, SIS Chairman Mr. Diaa Rashwan issued directives to all media offices abroad, the foreign correspondents press center and other SIS sectors to explain the situation and expound its meaning within the framework of the all-out confrontation against terrorism inside and outside Egypt.

MR. Rashwan also urged the foreign and Arab correspondents to be accurate and adhere to the statements and information issued by the official quarters in Egypt on this score given the fact that these quarters are the only party that is present in the site of the events.

May Allah protect Egypt against all dangers.