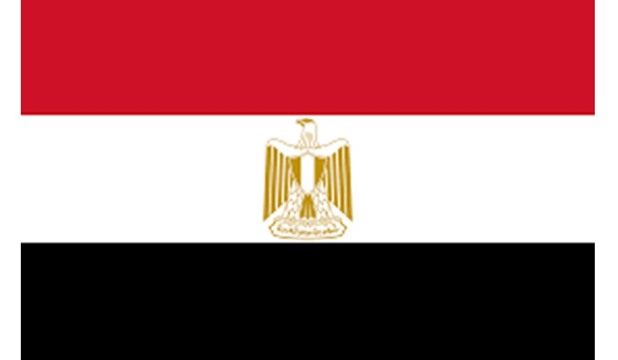 Emergence of the political parties in Egypt in the 19th century was a reflection of social, economic and cultural interactions as well as certain historical, national and political circumstances, leading to the creation and development of modern institutions of government administration and society in Egypt such as the parliament, the cabinet, political parties, syndicates, etc.


Emergence of the political parties in Egypt has been gradual and gone through successive stages.


Political parties have firstly been formed as secret societies that were followed by formation of political groups.


The National Democratic Party (NDP) was the first party formed in 1907 by Mostafa Kamel.

In less than ten years, there was a great variety in these parties; in their nature, formation, organization, power, their popular base and platforms. There were national parties, groups dominated by the royal palace, others formed by the occupation authority as well as ideological parties expressing certain ideologies.

The February 1922 Declaration acknowledging Egypt’s independence and the issuance of the 1923 Constitution have led to establishing a royal constitutional rule based on party pluralism and principles of liberal democracy.

During 1923-1952, Egypt witnessed a remarkable experience rich in political and democratic practices, however, such an experience was marked with many defects such as the British occupation, foreign intervention in Egypt’s affairs and the royal palace’s interference in political life.

With the outbreak of the July 1952 Revolution, the Egyptian regime worked to liquidate the opposition.

In January 1953, an enactment was adopted on disbanding the political parties and adoption of the one-party rule.

By enacting the law of disbanding the political parties, Egypt witnessed an era of the one-party rule which lasted till 1976 when late president Anwar Sadat declared the era of party pluralism in the country.

During this period, several groupings were formed as follows:

On January 23, 1953, the Liberation Group was established to replace the disbanded political parties with the ultimate goal of making a political mobilization in support of the Revolution Command.
2-The National Union

On January 16, 1956, late president Gamal Abdul Nasser declared end of the interim period and put a new Constitution for referendum.
In accordance with the 1956 Constitution, political parties were not allowed. Instead, the National Union was formed to become the political melting pot of all classes of the Egyptian people.

On October 29, 1962, President Nasser issued a decree on forming the supreme executive committee of the Arab Socialist Union. Its basic law was enacted on December 8, 1962. Enrollment into the nascent organization was announced in January 1963.

Unlike its predecessors, the Arab Socialist Union was an association for the Egyptian working classes and not a grouping for the entire people.

The Arab Socialist Union reflected goals of this stage as the following:

1-The state control over the national economy and establishing a public sector to undertake the development process.
2-The Arab nationalism.
3-The negative solution for classes’ struggle.
4-Democracy.
5-Commitment to religion and freedom of faith and worship.

Following the 1967 War and massive demonstrations in February and October 1969, Egypt was in a state of political turmoil, leading to raising calls for granting citizens more democratic rights and demanding self-expression for political affiliations.

Following assuming office in 1970, late President Anwar Sadat adopted the slogans of rule of law and the institutional state.

During the first meeting of the People’s Assembly on November 22, 1976, President Sadat declared the three political organizations turned into parties. In June 1977, the law of political party was enacted.

The enactment of the parties’ law in 1977 demonstrated Egypt’s political regime officially turned into the era of party pluralism.
However, the law enactment had not meant cancellation of the Arab Socialist Union; rather it had given the Union more powers to allow party formation.


The law stipulated party principles should not run counter to the Shari’ah tenets and preserve the national unity, social peace, the socialist and democratic system as well as socialist gains. It also stated that the party should not be formed on ethnic, racial, geographical or discriminatory bases due to sex, origin, religion or creed.


The stage of party pluralism in Sadat’s era (1977-1981) witnessed several important political transformations that stumbled the development of the experience of party pluralism. The outbreak of January 1977 incidents and Sadat’s visit to occupied Al-Quds (Jerusalem) led to escalating confrontations with the opposition.


The ruling power resorted to several measures to restrict channels of political participation by the followings:


1- Enactment of a host of laws to restrict the opposition including the laws of fault and protection of the internal front and social peace.
2- Restriction of the opposition political activities.
3- Cracking down opponents and allowing the prosecutor general to interrogate intellectuals on their affiliations under what was known as the “political accountability”.

The Ex-President Hosni Mubarak took office on October 15, 1981 amid extremely difficult political circumstances, his prime goal was to restore stability to the country following the mounting tension during the last days of Sadat’s era.


Mubarak has taken a range of measures to ease tension including the release of political detainees, allowing the re-publishing of some newspapers and easing restrictions on the party activities.

During Mubarak’s era, the number of political parties in Egypt has increased to reach 24 parties at that time.


According to the ballot on March 26, 2007 Article (5) was amended to prohibit the establishment of any religious party "The political system of the Arab Republic of Egypt is a multiparty system, within the framework of the basic elements and principles of the Egyptian society as stipulated in the Constitution. Political parties are regulated by law. Citizens have the right to establish political parties according to the law and no political activity shall be exercised nor political parties established on a religious referential authority, on a religious basis or on discrimination on grounds of gender or origin".

Article (76) was also amended to give the political parties the chance to be nominated for presidency " Political parties, founded at least five consecutive years before the starting date of candidature and have been operating uninterruptedly for this period, and whose members have obtained at least 3% of the elected members of both the People’s Assembly and the Shura Council in the latest election or an equivalent percentage of such total in one of the two assemblies, may each nominate for presidency a member of their respective higher board, according to their own by-laws, provided he has been a member of such board for at least one consecutive year.

As an exception to the provisions of the aforementioned paragraph, the aforementioned political parties whose members obtained at least one seat in any of the People’s Assembly or the Shura Council in the latest election may nominate in any presidential elections to be held within ten years starting from May 1, 2007, any member of its higher board, according to their own by-laws, provided he has been a member of such board for at least one consecutive year".