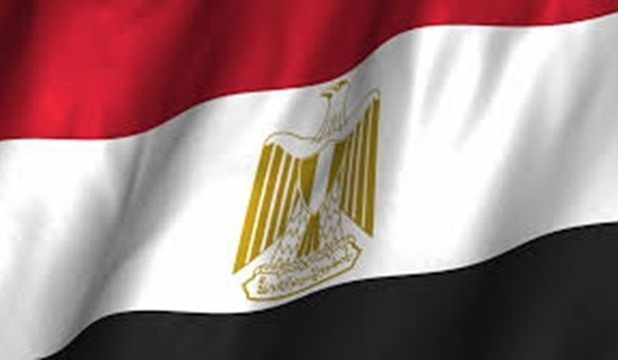 Egypt has a multi-dimensional personality that has a direct impact on its foreign policy and its regional and international relations. This pluralism is not a dividing line between different identities, but it is exploited to maximize the Egyptian role. Egypt's Arab identity does not conflict with its specificity and its African identity reflects geographical reality and human attachment while the Islamic identity reflects the spiritual aspect of the Egyptian identity. The Constitution of Egypt in 2014, in its first article, states that Egypt is part of the Arab nation and enhances its integration and unity. Egypt is also part of the Islamic world that belongs to the African continent, proud of its Asian extension and contribute to the building of human civilization.

Egypt plays a cultural role in its region as the first church in Africa, the Church of Alexandria, was in Egypt, the first mosque in Africa, the mosque of Amr ibn al-Aas, was in Egypt and the first university in Africa, the University of Al-Azhar, was in Egypt. The first national revolution in Africa that changed the systems of government and worked to achieve the independence of the Arab and African countries was, also, in Egypt. So Egypt is very close with the Islamic civilizations in Africa and Asia as well as in Europe.

Following the revolutions of January 25, 2011 and June 30, 2013, Egypt aims to meet the aspirations of the Egyptian people by adopting an active foreign policy and an effective regional and international role with an Arab and African orientation. It also aims to balance its foreign policy by cooperating with all the international powers, especially emerging ones such as Russia, China, India and Brazil in order to maximize common interests and benefit from the successful experiences of those emerging economies.

Egypt, through its non-permanent membership of the Security Council for the period 2016-2017, sought to express the interests of developing countries, particularly in Africa and Asia, and to support the Organization's efforts in the maintenance of international peace and security. Arab and African issues are at the top of Egypt's priorities in the Security Council.

At the Arab level, Egypt seeks to address the challenges experienced by the Arab countries, achieve stability in the region, combat the forces of terrorism and extremism and support States' institutions to eliminate the environment incubator.

At the African level, Egypt seeks to settle conflicts, continue the tasks of peacekeeping missions and enhance their role on the continent, advance peace and stability efforts, create a better reality for African peoples and contribute effectively to the various challenges at the international level.

Under the rubric "Egypt takes of" Prime Minister Moustafa Madbouli gave the government policy statement, to be implemented during the second presidential term of President Abdel Fattah Al-Sisi (2019-2022), including Egypt's foreign policy and national security goals.

- Ensure the security and stability of the Gulf Region.

- Ensure national security in the regional and African arenas.

- Activate the role of the Cairo International Center for Conflict Resolution, Peacekeeping and Peace building.

1. Support peace and stability in the regional and international periphery.

3. Giving attention to the economic dimension of the international relations.

4. Commitment to a balanced foreign policy linked to strategic objectives and interests within the framework of the independence of the Egyptian decision.

5. Considering the Arab framework as a major movement for Egypt's foreign policy, with a continued focus on external activity related to other vital spheres, namely, the Islamic and African spheres, and Egypt's association with the Nile Basin countries.

6. Realize the full link between Egypt's foreign policy and its internal situation. Hence, the foreign policy aims at continuing to convey the true internal image of the outside world, efforts to establish a modern democratic system that will achieve full equality of citizens before the law in conjunction with the fight against terrorism and mobilize political and economic support for the country by attracting foreign investments and tourism flow to raise the standard of living of Egyptian citizens.

1. Protecting the Egyptian national security and the supreme Egyptian interests .

2. Achieving the comprehensive development in its various dimensions to achieve the first goal.

3. Strengthening the security, stability, the quest for a just peace in the Middle East and making the region free of mass destruction weapons.

4. Facing terrorism at the international level by pursuing a comprehensive strategy and seeking to place it at the top of regional and international priorities .

6. Strengthening relations with major powers in the international community to ensure the Egyptian national interests .

The Egyptian foreign policy moves in a number of circles due to factors such as geographical nature, identity considerations  and national security :

1. The Arab Circle: Egypt believes that the Egyptian national security is based on the security of its Arab and African peripheries. It also seeks to strengthen Arab solidarity as an essential step to support the Arab ranks and enable the Arab nation to mobilize its energy and resources to confront threats and challenges , such as terrorism and support stability in the Arab countries after the revolutions have been witnessed in the region.

2. The African Circle: Egypt seeks to consolidate its relations with the African countries in all economic, cultural and historical fields and the special importance of the Nile Basin countries as a strategic depth, to work for solidarity with all African peoples in their march towards democratization, achieving comprehensive development and activating the multilateral partnership.

3. The Islamic Circle: Confronting the Islamic world issues, spreading the values of moderation and the tolerance of  Islam and promoting interfaith dialogue

4. The Asian Circle: Enhancing the relations between Egypt and the major Asian countries as an essential partners in the civilization of the era, where there are those who call this century the Asian century.

5. The European Circle: The relations between the two parties are embodied in two complementary paths; the first one is the bilateral track represented in the Association Agreement, which entered into force in 2004 to represent the contractual framework governing the various aspects of these relations, as well as a plan of action within the framework of the European Neighborhood Policy, and the other one is the regional track represented in the Barcelona process for Euro-Mediterranean participation.

6.  The International Circle: Egypt seeks to achieve the desired balance in its international relations as an important principle called for by two popular revolutions by developing its relations with Western partners such as the United States, the European Union and Japan and seeking for more openness, development and deepening cooperation with major powers and other emerging countries in the global system such as the Russian Federation and China, taking into account that the new partnerships are not a substitute for existing partnerships, but it means opening new horizons for cooperation between Egypt and other countries.