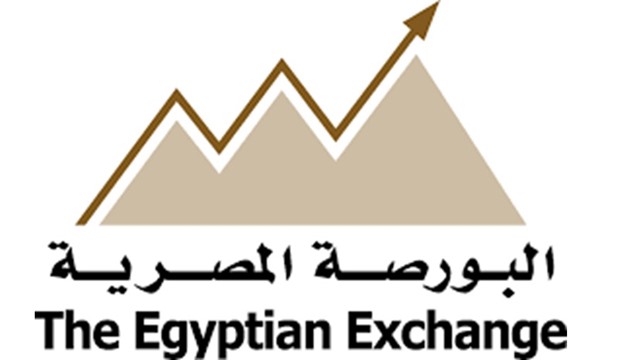 Considered among the oldest markets in the region, Egypt's capital market is a true image of the Egyptian economy with its changes and developments.


The capital market is seen as a source of funds that companies need to finance their production and services activities. As such, it represents a basic pillar for the growth of the economic process. Through this market, individuals and financial institutions invest their money with the purpose of obtaining medium- and long term returns. In return, companies and governments strive to re-invest such funds in new production and service projects and expansions.


As a result, capital is allocated more efficiently and effectively to projects which provide more job opportunities, contribute to the increase of economic growth rates and raise the living standards of the public.

The securities market in Egypt dates back to the 19th century, in 1883 to be exact, when Alexandria Exchange was established, followed by Cairo Exchange in 1903, which is currently called the Egyptian Exchange.


The number of listed companies in 1907 was 228 with a market capital of about 91 million Egyptian pounds. We cannot forget that the Egyptian Exchange was considered the fifth most active exchange in the world during the 40th of the 20th Century. As a result of the nationalization of a number of Egyptian companies during the 60th of that century, it went into a slowdown phase until the government started to apply a comprehensive program for economic reforms and privatization. In 1992, the Capital Market Law was issued, which, together with the subsequent regulations and decisions opened the door again for revitalization of the Egyptian Exchange.

When lumped together, the Cairo and Alexandria stock markets rated among the world's top five Stock Exchanges.


Nilex is the Egyptian Exchange' market for growing medium and small companies.

Nilex offers an appropriate, secure, yet flexible regulatory framework, for both companies & investors, together with a streamlined admission process.

Nilex provides medium and small fast growing businesses, including family-owned businesses, from any country and any industry sector, a clear access to capital and the benefits of being traded.


Benefits for Issuers
• Access to long term capital for the expansion of their businesses.
• Helps in determining a fair value of the company.
• Improved image among suppliers, customers, banks and other stakeholders.
• Helps in merger and acquisitions transactions to create more competitive entities.

MCDR is the sole entity authorized to perform clearing and settlement for all securities traded on the Egyptian Exchange (EGX).

Egypt for Information Dissemination Company (EGID) was established in June 1999 as a fully owned subsidiary of EGX, to enhance market transparency. EGID is responsible of transmitting EGX trading data as well as information about listed companies locally and internationally.

The Listing Committee of EGX is established by a decree from the board of directors of EGX to list and de-list companies on EGX.

The Trading Committee is responsible for studying & executing special term deals and trades if they fulfill certain specific conditions in order to achieve fairness and integrity in the capital market.

Objectives
• Ensure that these special deals and trades meet trading rules and ensures that there is no manipulation or malpractices by member firms as a result of those special deals.

The stock exchange Membership Committee is formed through a decree from its board of directors; it comprises nine members led by the chairman of EGX.

Mandates
• Review membership applications and verify that all conditions and documents referred to in the rules are complete and then take a relevant decision.
• Review the expiry and termination of membership and give relevant recommendations to the stock exchange for decision making
• Verify that the technical and financial standards and requirements for each member are fulfilled.
• Follow the measures included into the executive regulations of the law.
• Receive, review and examine member's recommendations and complaints and making relevant decisions without violation of the mandates of the stock exchange legal departments. This shall be done according to the controls and rules established by the committee and as approved by the stock exchange chairman.

Established on 7 April 2004 by the chairman of EGX

Members
• Independent Committee, made up of 9 members, led by the chairman of EGX along with eight members from market participants (broker members, fund managers and bankers).

Objectives
• Professionalize the index management of EGX by bringing transparency to it.
• Ensure that global standards are applied in the index rules.
• Oversee the ongoing management of the indices and changes to index rules.
• Advise on the construction and methodology of new indices.
• Initiate the development of transaction based indices such as ETFs on indices or options and future on indices.

EGX 30 index value is calculated in local currency terms and denominated in US dollars since 1998. EGX 30 index includes the top 30 companies in terms of liquidity and activity.

EGX 70 Price Index tracks the performance of the 70 active companies, after excluding the 30 most active constituent-companies of EGX 30 Index.

EGX 70 index measures the change in the companies' closing prices, without being measured by the market capitalization.

EGX 100 index measures the change in the companies' closing prices, without being measured by the market capitalization.

Global Depository Receipts (GDRs) are negotiable certificates that usually represent a company's publicly traded equity. They are also considered as an equity substitute for the local shares that can be used to list on a foreign stock exchange e.g. London, Luxembourg, New York etc. GDRs are often launched for capital raising purposes and they are as liquid as the underlying shares since the two are interchangeable.

Corporate Advantages of GDRs include:
• A GDR program provides a simple means of diversifying a company's shareholder base and accessing the international market.
• To enlarge the market for the local company's shares through a broadened and a more diversified investor exposure this may increase or stabilize the share price.
• It allows capital raising on a scale which might prove to be impossible on the local market.
• It strengthens the issuer's name recognition on the international market and thus enhances the image of the company's products, services in a market place outside its home country.

Egyptian Exchange after the January 25 Revolution

The year 2011 is considered a formidable year in the history of the Egyptian capital market, this year seems different where the Egyptian Exchange faces internal tensions.

The year started with the 25th of January Revolution, according to the annual report of the Egyptian Exchange in 2011, the market capitalization lost about 194 billion pounds. A transitional phase started in order to rebuild the state institutions, a phase of unrest with political tensions and categorical demands, which lead the economy to draw back to one of its worst levels ever.