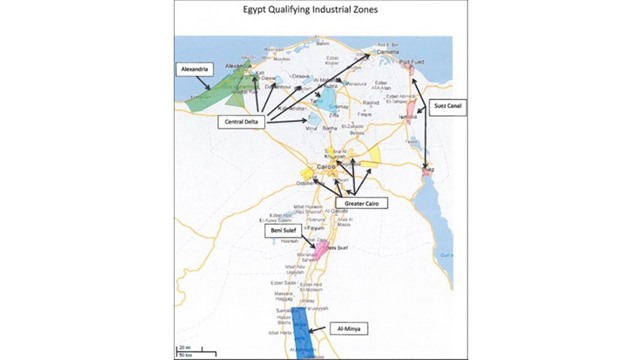 Most countries have free zones on distinguished parts of its lands, as they are one of the economic tools contributing to national economy development by establishing export-oriented industries, attracting modern technology, providing employment opportunities and maximizing foreign currency revenues. These advantages, are achieved by incentives, customs and tax exemptions offered by free zones.

There are 3000 Free Zones around the world and establishing them is become an important world wide development factor due to their valuable contribution in attracting international capital.


Being a distinguished investment type alongside within land investment, free zones will represent, for the coming phase, one of the major Egyptian priorities. Consequently, GAFI offers success factors through an integrated system that provides the best advantages, incentives, exemptions, and guarantees, as well as expands establishment of new specialized free zones. It introduces updated investment activities abiding to free zones system and facilitates project establishment through the one stop shop which provides services, data, and information to investors.

Therefore, your investments in the Egyptian free zones are Considered............ Investments at the heart of the world.


Types of investment in Egypt

Two types of investment were introduced in Egypt abiding by Law No. 8 of 1997:

Types of Free Zones in Egypt:

Storage and service logistics in the  field  of maritime transport, and petroleum sector in addition to seismic survey activities.

Expansion
Due to the investors' growing interest in setting up projects in the zone - especially after its inclusion in the QIZ agreement the Authority has annexed two new locations (260 thousand m2) to the Zone (El- Drissa & El- Rasswa). The Authority is working now on the infrastructure utilities necessary for attracting new investment projects.

The 6th of October city:

Five huge cranes with 1200 tones capacity to be expanded to 12 cranes during the next phase.