Efforts for improving the climate of investment 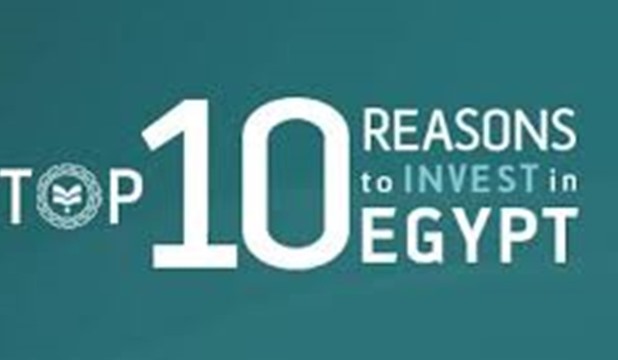 Egypt is a very attractive Middle Eastern destination for FDI. The dynamic growth of the Egyptian economy (around 7%), its strategic geographical position, low labour costs, skilled workforce, unique tourist potential, substantial energy reserves, large domestic market and the success of the reforms undertaken by the authorities (including many privatisations) all sharply drove up FDI.

Egypt adopted a package of policies and executive programs that are aimed at improving the climate of investment, easing procedures and achieving justice of distribution of private investment in the governorates which need more investments with the purpose of creating job opportunities and reaping the fruits of Egypt's economic development.

1- Easing and facilitating procedures for investors:

* At the level of domestic investment:

A number of procedures were taken in order to eliminate several red-tapes and bureaucratic complications which hindered investment in Egypt:

• Enabling companies to pay all taxes via any tax outlet.
• Issuing the Arab Investor Card and starting work with it as of December 2006 in coordination with the Ministry of Interior to facilitate dealing with the governmental bodies.

2- Developing and encouraging investment in governorates:

Egypt is seeking to realize justice with regards to distribution of private investments in different governorates all over Egypt as follows:

• Approving the establishment of the Upper Egypt Development Company on 21/2/2007 with the aim of pumping more investments in Upper Egypt and providing more job opportunities for youths there.
• As the sector of infrastructure plays a key role in luring investments, the Ministry of Investment paid attention to finance many projects for the development of infrastructure on top of which the construction of Upper Egypt-Red Sea road. This road aims basically at establishing a new regional highway linking the Red Sea to Upper Egypt thus facilitating the movement of goods and individuals as well as the mutual tourism movement.

Egypt adopted many steps in order to get investors acquainted with the advantages of investment in Egypt and the available investment opportunities in an attempt to lure more foreign direct investment. Among the steps taken in the FY 2006/2007:

A- Participation in organizing international and regional conferences including:

• Euromoney Conference which was inaugurated by Egypt's prime minister and attended by a large number of domestic and foreign experts and senior officials as well as representatives of world companies working in Egypt. More than 1,200 figures from 66 countries participated in the conference.

• The conference of "Egypt and Global Capital Markets- Opportunities for Growth" held by the Ministry of Investment in cooperation with the Morgan Stanly Institute. The conference was attended by chairmen of banks, insurance companies and holding companies, financial leasing companies; in addition to more than 150 investors in capital markets and representatives of Egyptian and global investment institutions.

• Cairo Investment Forum held by the Ministry of Investment. The forum aimed at informing the Arab investors of the reforms implemented in the field of investment as well as the achievements realized on the ground.

B- Minister of Investment paid many visits to the world countries with the purpose of informing them of the developments of Egypt's economy and the investment climate in Egypt. Major visits in the FY 2006/2007 included:

• A visit to Poland during which he held a number of meetings where he reviewed the key developments of the Egyptian economy. The Minister also discussed with officials there the investment opportunities available in Egypt.

• A visit to Singapore where he participated in the annual meetings of the International Monetary Fund (IMF) and World Bank (WB)
• A visit to Germany for the inauguration of the 2nd Broader MENA Finance Conference held in Munich. The conference was attended by the German Federal Minister of Economics and Technology and 150 senior businessmen and bankers in Germany and MENA.

• A visit to the US, where he participated in the third meeting of the economic growth committee, held in New York, which discussed economic development indicators in the world as well as the priorities to push economic growth rates to contribute to reducing levels of poverty and raise income levels.

C- Launching an awareness campaign to foster the culture of investment in the Egyptian society and to encourage small investors to participate in the establishment of investment projects.

D- Participation of the Ministry of Investment and the General Authority for Investment and Free Zones (GAFI) in several promotion campaigns in many states including Kuwait, UAE, Saudi Arabia, the United States and Canada

During the Fiscal Year 2006/2007, the General Authority for Investment and Free Zones (GAFI) worked to overcome obstacles and solving problems that hamper the activities of investors. Dispute resolution ministerial committees have been able to consider 147 problems and solved 118 of them, which account for 80% of the total disputes examined by these committees with regard to investment.

Coordinating with various agencies and international bodies to support and stimulate investment and attract more foreign capital and to explain the country's efforts to create an appropriate climate for investment. The fiscal year 2006/2007 witnessed the activation of international cooperation efforts through the following steps:

• Coordinating with the World Bank and International Finance Corporation and getting them acquainted with investment data on an ongoing basis.

• Coordinating with the United Nations Conference on Trade and Development (UNCTAD) and getting them acquainted with periodic data on FDI, to be included in the annual World Investment Report.

6- The development of Exclusive Economic zones in northwest Gulf of Suez:

The experience of exclusive economic zones in Egypt comes within the context of directing the State towards the advancement of national economy and creating an appropriate investment climate in the country for increasing the volume of exports and providing jobs.

This area is located near the port of Ain Sokhna, about 45 km from the city of Suez near the southern entrance to the Suez Canal.

FDI decreased as a result of the global economic crisis and later the socio-political revolution of 2011, but then it started growing again. It increased from USD 4.3 billion in 2014 to USD 6.7 billion in 2015.

According to the UNCTAD 2015 World Investment Report, Egypt is one of the top five African countries in terms of attracting FDI and the largest recipient in the sub-region.

FDI comes mainly from the EU, the United States and the Arab countries. The UK is the largest investor in Egypt. FDI is concentrated in the oil sector, followed by the construction, telecommunications, financial services and healthcare sectors.

FDI Inflows By Countries and Industry

In theory, freedom of establishment is guaranteed in most of Egypt, except for areas in Sinai or that are occupied by the military. In practice, foreign companies can face some discrimination compared to their competitors from the Egyptian public sector. Their main difficulty is to obtain local bank credit, which is still highly controlled by the State.

A number of sectors and industries benefit from the government’s incentives and guarantees, such as zero tax over the lifetime of a project.


Guide to doing business in Egypt