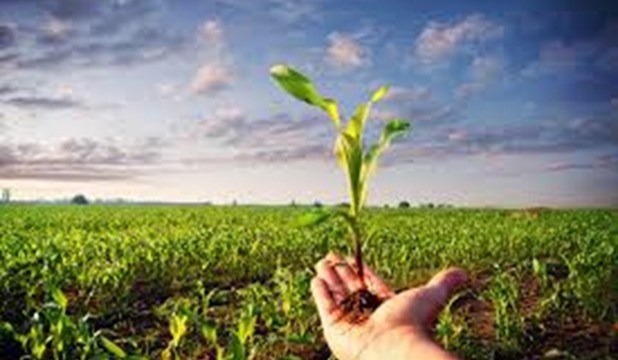 Agriculture is the oldest profession practiced by the ancient Egyptians, and was their main pillar in the establishment of the oldest civilization the world has ever known. Thanks to agriculture, ancient Egyptians excelled in the sciences of astronomy, mathematics, statistics and space. On the walls of their temples, they portrayed activities of plowing, planting, harvesting and storage, to be a witness to the greatness of their civilization.

Agriculture sector has achieved a growth rate that amounted to about 3% in 2013/2014. It is targeted to reach 3.1 % in 2014/2015. This is an indicator of the positive development in the performance of the sector, particularly because of the fact that the growth rate witnessed a decline since 2010/2011 reaching about 2.7% due to the political circumstances the country witnessed .

- Investments in the agriculture sector

Investments are considered the driving force for all development projects. Investments of agriculture and irrigation sector in 2013/2014 plan are estimated by about 6.1 billion pounds. It is targeted to reach about 5.19 billion pounds, according to 2014/2015 plan .

Vertical agricultural development projects seek to increase the productivity per feddan and to increase the crop area. The Ministry of Agriculture and Land Reclamation, through all organizations and subsidiary bodies, achieves this goal. In this context, the ministry has managed to achieve the following :

The allocated investments for the development of vegetable production in the state plan in 2014/2015 are estimated by about 524.7 million pounds. The plan aims to implement the following projects :

- To rationalize and improve the efficiency of field irrigation in an area of 700 thousand feddans nationwide .

The quantitative production of the most important agricultural crops

-  In 2014/2015 plan, about 240.3 million pounds are allocated for the development of livestock, poultry and fish. It also aims at increasing the production of milk to 6 million tons, poultry production to about 1.8 million chickens / day, eggs to 5.5 billion eggs, fish to 1.15 million tons, as well as increasing the capacity of the veal project to 500 thousand head of cattle .

Within the context of protecting livestock, the general authority for veterinary services achieved several activities during the period (1/7/2014-31/12/2014), the most important of which are :

* Vaccination against domestic foot and mouth disease for 2381590 animals .

Within the framework of the state's interest to develop the agricultural sector and improve farmers' conditions, the state's plan aimed to increase the allocations of the agriculture sector support programs. The most important of these programs are :

-  Providing agricultural loans at subsidized prices at a cost of 7.7 billion pounds .

-  The approval of any increases in agricultural land tax was postponed .

- Providing irrigation requirements such as diesel fuel and other petroleum derivatives at a cost of about 200 million pounds  in 2012/13, to increase to 300 pounds in 2013/14 .

Subsidy given to farmers is estimated by about 3353 million pounds in the draft of 2014/2015 budget. This amount includes about 2600 million pounds to support agricultural crops .

Within the framework of working to develop the performance of agriculture sector and improve the farmers' conditions, the year 2014 witnessed the issuance of three important laws :

Agricultural research is considered the means of agricultural, animal and plant development, and the main pillar for the development and modernization of the agricultural sector. Egypt has a well-established research centers affiliated to the Agricultural Research Center .

The number of these centers reaches 59 stations distributed all over the governorates. These centers are :

-Horticulture Research stations: 6 stations with a total area of 606 feddans .

-Animal Production stations: 12 stations with a total area of 229 feddans .

The development and agricultural credit bank contributes to the provision of credit services to farmers. Its branches cover all the governorates of the Republic. The most important indicators of the Bank, witnessed in 2014, are :

* At the end of the fiscal year, the balance achieved an improvement of deposit structure. Savings and loans portfolio reached LE 30.6 billion at a growth rate for about 14% .

* Total investments of the Islamic branches reached LE 562 million at a growth rate of 23,2% compared to the previous year .

* Volume of financing provided to farmers till 30/9/2014 reached LE 21.163 billion, of which 35% is agricultural loans, and 65% investment loans. During the fiscal year 2014/15, it is targeted to increase loans portfolio to LE 24 billion to increase agricultural development .

The General Authority for Rehabilitation and Agricultural Development Projects :

The General Authority for Rehabilitation and Agricultural Development Projects was established in 1975. It is responsible for drawing the general policy to reclaim wasteland and desert cultivation, conducting technical and economic studies for land reclamation, agricultural project, animal production projects and agriculture industrialization During the period (1/7/2014-31/12/2014), a number of a achievements were realized, the most important of which are :

* Categorization of the areas of reclaiming 1 million feddans .

* Finishing cleansing of canals at an implementation percentage of about 95% in Al-Amal village .

* Using an area of 120 thousand feddans for the National service agency in East of Qwaynat.