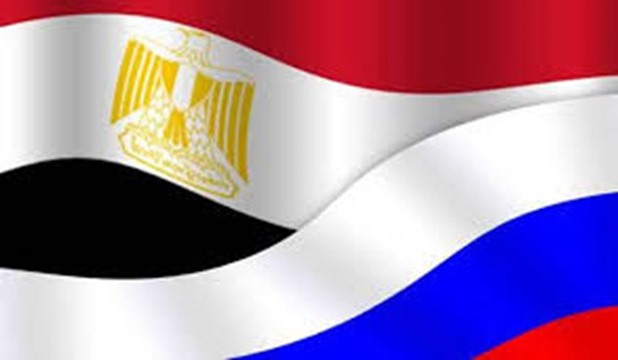 Signing an Egyptian-Russian agreement on building a nuclear power station for peaceful purposes in Egypt has thwarted all attempts to drive a wedge between both countries. Egyptian President Abdel Fattah El Sisi attended on Thursday 19/11/2015 the signing ceremony of setting up a nuclear power station in the northwestern area of Dabaa with a Russian soft loan that will be repaid over 35 years.

In his statement after the signing ceremony, president Sisi made it clear that the move is driving home a message of hope, work and peace to Egypt and the whole world. "The move is aimed at creating a better future for our peoples and also for the other peace loving nations", he pointed out.


The project, as was described by president Sisi, is an old dream that was cherished by the Egyptians, which is now coming to reality. The project is aimed at taking the first step towards implementing this dream, he noted.

The president asserted and underlined a very important fact that the project is aimed at producing electrical energy and that Egypt is fully committed to the Nuclear Non-Proliferation Treaty and that the power of any nation is acquired through having knowledge, science, awareness and patience.


Egypt has studied thoroughly several bids in this regard over more than one year and the Russian bid was the best whereby four nuclear reactors will be built in the first stage of the project. The station will be built according to the state-of-the-art technology of the third generation in this field to guarantee the highest degree of safety and operation. All guarantees were made during the implementation and operation to meet all security and ecological criteria.


The president also asserted that the State's budget will not shoulder any cost of the station and that the cost funds will be repaid out of the production of the station.

According to the agreement, Egyptian cadres will receive training in the domain of nuclear technology where Egyptian scientists will be qualified in this field as the Egyptian side will undertake building around 20 percent of the station.


The project is a translation by Cairo and Moscow of the conspicuous progress of bilateral relations and the understanding between the Egyptian and Russian presidents.

In fact relations between Cairo and Moscow have seen marked progress over the past two years where joint cooperation was enhanced at the economic, strategic and military levels. For example, the giant Russian gas company "Gazprom" has tapped the Egyptian gas market for the first time. Also the Russian side is investing in several other domains such as the industrial zone in Suez and setting up grain silos and others.


What is more important is that the peoples of the two countries have realized how far their leaders were able to overcome big challenges and obstacles hampering the progress of joint cooperation and bilateral relations in a very efficient and diligent way. The new horizon of bilateral relations attests that the Russians are welcome in Egypt as tourists, investors or industrialists. The Russian friends have always proven that they were able to analyze the events in the Middle East with much awareness and also proven that they recognize the status of Egypt.


So, we can rest assured that any hostile act that is aimed at driving a wedge between both sides will not succeed to attain its goals as joint relations are deeply-rooted and time-honored.