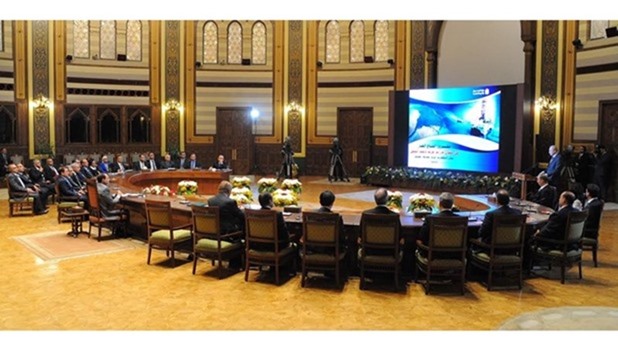 The president extended thanks to the two foreign companies operating in the project for their efforts that were crowned by launching the project's first phase eight months ago.

Moreover, President Sisi directed officials to expedite work in order to start the second phase before 2019.


By 2014, with political security and stability, solutions have begun to ensure the resumption of the project and the production of gas as soon as possible by accelerating the development of discovered fields, including the project north of Alexandria.


The project was initiated by the British Petroleum Corporation (BEA) and Germany's DEA, and Egyptian Companies; Enpi Company and Petrojet participate in the implementations.


The project reserves amount to 5 billion cubic meters of gas and 55 million barrels of condensates, and the volume of its investments to 9 billion dollars.


The project will provide five thousand direct job opportunities during the construction of the project, as well as indirect employment opportunities in the fields of services and related industries.