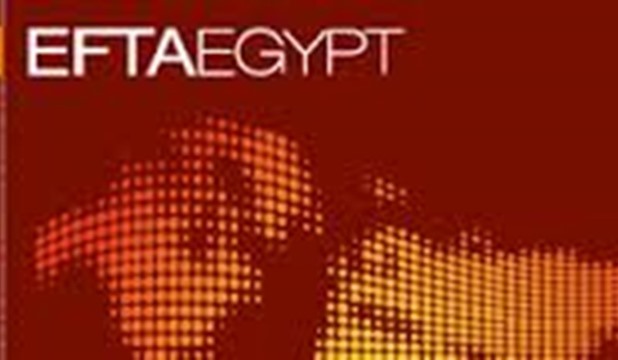 The European Free Trade Association (EFTA) consists of 4 European countries, which are Switzerland, Norway, Liechtenstein and Iceland. They have high performance in economy and competitiveness and they ranked 20 among the world's largest economies according to the World Economic Forum Competitiveness Report Global 2008/2009.

Although the EFTA is small in size, its countries combined ranked 11th globally in the trade of goods and 5th in trade in services in 2007.

Free Trade Agreement between Egypt and the EFTA countries

The 10th round of negotiations between Egypt and EFTA countries was held at the end of the 2006 in Cairo. During the meetings, the final version of the agreement was agreed upon. The negotiations continued for more than six years. The Egyptian negotiators were keen on getting the largest amount of preferential privileges for the entry of Egyptian products to the markets of these countries. The most important of these preferential privileges were:

- Canceling all customs duties and taxes on Egyptian industrial exports to EFTA after signing the agreement.

- Protecting all nascent industries in Egypt.

- Swiss companies have been given an opportunity to set up export industries in Egypt to export their products to EFTA.

- Providing advantages and customs exemptions for Egyptian exports to EFTA of agricultural commodities, especially those of importance to Egypt such as potatoes, oranges, tomatoes and flowers.

- Egypt's application of the Euro-Mediterranean rules of origin, which have been applied to the agreement on the Egyptian-European partnership.

- Abolition of all tariffs on fish and other marine products within 14 years from the entry into force of the agreement.

- Egypt has financial and technical assistance from the EFTA countries to develop the agricultural sector and fisheries, as well as to contribute to several of project that aim to transfer their expertise in the field of textiles and garments, pharmaceutical products to the Egyptian authorities concerned.

- The EFTA prepares a feasibility study in the field of fisheries on how to make the most of Lake Nasser.
- Both parties encourage investments and exchange techniques, through the provision of protection to investments.

- Both parties adopted gradual liberalization and open markets for trade in services under the basic items for this kind of trade.

- EFTA is obliged to promote its economic cooperation with Egypt; it will also provide technical assistance to facilitate the application of the agreement. This cooperation includes working to improve trade and investment opportunities and support the continuity of achievements in the field of economic and social development.

- Economic cooperation focuses on sectors that face challenges and growth and employment opportunities in Egypt, in addition to signing the Bilateral MoUs on cooperation projects between Egypt and Iceland, Norway, and Switzerland.

- Establishing a joint committee to oversee the implementation of the agreement, and arbitration.

Trade exchange between Egypt and the EFTA countries: