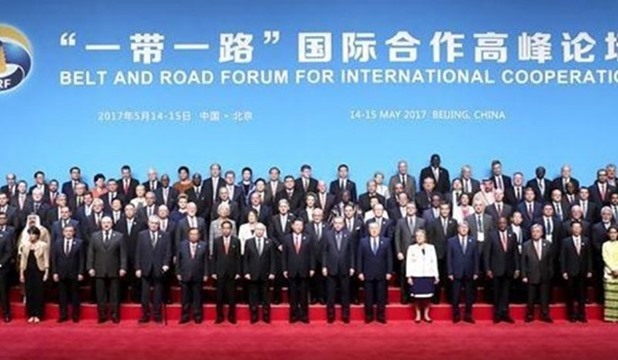 China's "One Belt, One Road" initiative aims to link the economic circles in East Asia and Europe, connecting China – on land and over water – to partners in Asia, Europe and Africa.

Egypt and China share viewpoints on the importance of the Belt and Road initiative for Egypt's sustainable development plan especially that such initiative depends on extending bridges along with land and maritime routes that would benefit Egypt's infrastructure rebuilding.

Investment Minister Sahar Nasr attended the forum, she stressed that Egypt's participation is meant to enhance investment and development partnership with China and various world countries taking part in the two-day event.


Nasr underlined the importance of relations with China, especially after the inking of a comprehensive strategic partnership between President Abdel Fattah el Sisi and his Chinese counterpart in 2014.


Egypt is currently exerting its best efforts to rebuild its infrastructure and push forward the development march, adding that this in fact would serve the Belt and Road initiative.

The project of the Suez Canal Economic Zone is a good example of Egypt's contribution to the Chinese initiative, adding that Egypt has raised the efficiency of ships passage in the Suez Canal along with other development projects in the Suez Canal zone and the establishment of logistics areas, harbors and other industrial zones.