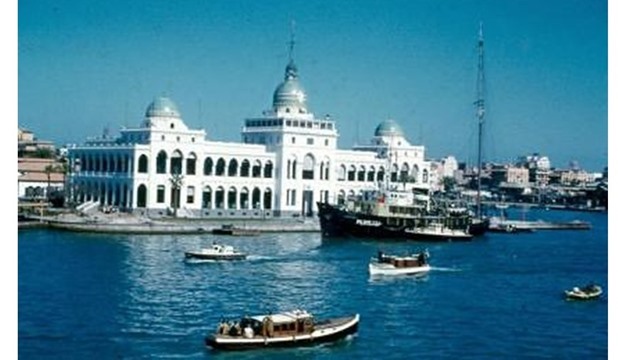 It is the second port in Egypt, after Alexandria. The history of establishing Port Said dates back to digging the Suez Canal. It is named after Khedive Said who gave the approval to dig.


Location: Port Said is situated at the mouth of the Suez Canal to the north, it is bordered with the Mediterranian, east Sinai, west Manzalah lake and south Ismailia Governorate.


Facility: It is an essential port, as vessels coming from Europe transit it on their way to the East and also those ships which come from the East bound for Europe. Port Said has a ship repairing facility. The Suez Canal Authority building with that green dome is located on the Suez Canal's bank.


Port Fouad: It is part of Port Said, situated in Sinai. Nothing separates it from Port Said except the Canal. One can reach it by the ferry boat in a few minutes. In Port Fouad, there are beautiful gardens and a wonderful beach.

History: Although Port Said is not yet 125 years old, it has seen battles for freedom and independence. It was the target of the Tripartite Aggression in 1956, and witnessed acts of bravery against the English and the French military, also during the War of Attrition (1967- 1973). People of Port Said, at that time, have been evacuated to Lower Egypt Governorate.

Antiquities and tourist sites:
El-Nasr Museum narrates and pictures the battle against the Tripartite Aggression in 1956 and revenge from enemies.

El-Shahid Guad Hosni Museum has been named after an 19 years old hero who struggled bravely against occupation forces and he was imprisoned, tortured and captured by the French. His story has been written with his blood on the walls of prison...It touched the world. He died at the same place where the museum is located.

The Military Museum includes mimics of the military struggle against enemies, either with weapons or personal breviaries or army formations.

De Lesseps Statue has been raised from its base at the entrance to the Canal, but kept at the ship-building yard of Port Foad.

Tombs of martyrs, memorial of the unknown soldier are there for the heroes and martyrs of Port Said,

Mesallah Square; the oblique was established after the battle of 1956, located at the top of El-Nasr Museum, and illustrating with pictures the honour of this battle.

Manzalla Lake represents natural beauty. It is a place which speaks of relaxation.

Beaches are wonderful in Port Said, for example El-Gamil, a splendid beach near Manzalla lake which meets the sea near the shore.

7 kilometers off, there is the place of salines. It is a basin of salty water of the sea, left to be evaporated by the heat of the sun, leaving behind salt which after some processes is puified then sent to be used as food salt.

Agriculture and Industry: As a result of the lack of agricultural areas, the Governorate started greenhouses to cultivate vegetables in Port Said, besides the covered agriculture. Now, there are 32,000 feddans in the north to be distributed among cooperatives for cultivation, in addition to 152,000 feddans being distributed among youth and also soft ground is being reclaimed like Sahl El-Tina in Sinai (east Port Said) to be cultivated.

There are many industries depending on the sea like fishing and canning and also covering oranges with wax to be exported, and others like drainage, bottling, tea, also industries of sweets and clothes making.

Now that Port Said is a free zone, it is crowded with merchandises, in addition to big and small industries helping the market.

National Day: Port Said celebrates it on 23 December annually. It is the day when enemies left this fearless country, which has faced forces with splendid defiance, ending with triumph.

Another Port Said: It is on the eastern bank of the Suez Canal, representing the inner-most. It is a distinctive support for the national project of the development of Sinai, which aims at settling 3 million till the year 2017. Also it has distinguished location paving the way for investment in various fields; industrial, tourist and commercial, besides warehouses, containers and transition export.

Marketing this area and its projects is presented for consideration among investors and international firms. The Free Zone: has been established to become a linkage point among the three ancient continents. It is situated in Asia, in close contact with Africa, near Europe and connecting the Arab world's East to its West, also it is close to the production centers in Europe, Asia and consumption markets in the Middle East and Gulf area. The authorities have started to take their part in propagating for this area then attracting the best international investments to it.

Many delegations from other countries visit this area in order to get acquainted with its qualifications, which enables them to establish their projects there. At the same time, this industrial and multipurpose area which has a special geographical location is a distinguished support for North Sinai Governorate helping the planned projects.