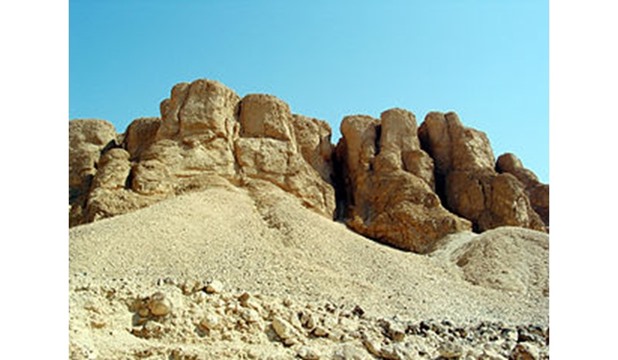 The New Valley is the biggest governorate in Egypt, covering an area of 458,000 square kilometers, about one fifth of the total surface area of Egypt. It extends in the north as far as Marsa Matrouh, in the south as far as Sudan and in the west as far as Libya. In the east it is coterminous with the governorates of Assiut, Qena and Aswan.
A series of medium height rocky hills are the most prominent geographical features of the New Valley. In some regions they resemble small mountains with sand plains, hard rocky outcrops and dunes between them. All these natural factors have contributed to the making of the New Valley into an attractive tourist destination. 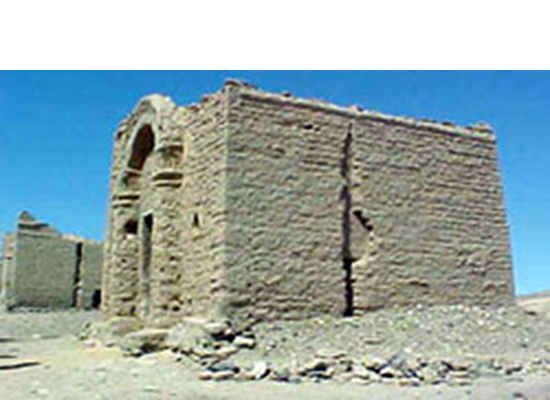 The New Valley consists of three oases, Kharga, Farafra and Dakhla. Kharga is about 600 kilometers south west of Cairo, Dakhla about 750 and Farafra 1070. The New Valley can be reached by means of a regular bus service from Cairo and from Assiut. There are also regular domestic flights linking Cairo to Kharga, the administrative centre of the New Valley.
Historically, the oasis of Kharga was known in antiquity as Hebet, meaning " the fork". Dakhla was known as Khemet, meaning the black land. Farafra was known as Ta Aht meaning the "land of the Cow. These names reflect an important historical fact, namely that the New Valley was one of the most important agricultural areas of Ancient Egypt. Kharga played a part in the expedition sent by Cambyses the King of Persia to destroy the temple of Siwa. He sent 50,000 men, all of whom were lost in the Great Sand Sea of Kharga.
PRINCIPAL ATTRACTIONS IN KHARGA 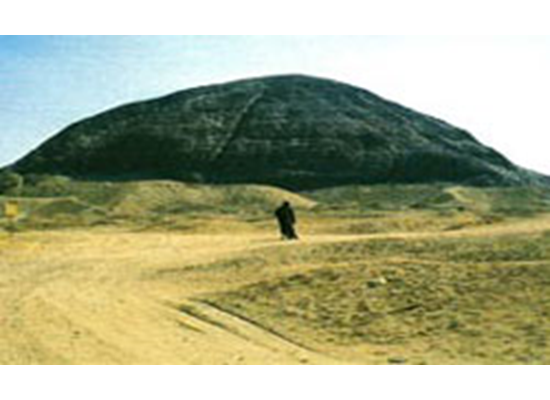 Situated about a kilometer to the north of Kharga, this temple dates back to the XXVlth dynasty and was used until the end of the Roman period. The temple was dedicated to the cult of the Theban Triad, Amun, Mut and Khonsu. The most prominent feature of the temple is its twelve columned hypostyle hall, containing painted reliefs of the falcon-headed god Horus, riding a lion and fighting evil, personified as the god Seth, represented as a serpent.
The Cemetery of Baqawat.
Three kilometers to the north of Kharga, this cemetery takes its name from the Arabic words used to describe its architectural style, consisting of domed structures and underground galleries. It dates back to the third century and was in constant use until the eleventh century. It contains two hundred 263 tombs in the form of small chapels. It derives its importance in the artistic field as a textbook of Egyptian christain architectural styles. The most famous of the surviving tombs is the Tomb of the Exodus, containing frescoes depicting episodes from the Exodus from Egypt, the story of Noah and the Flood and the story of the Sacrifice of Isaac by Abraham, in addition to other Old Testament scenes.
The Temple of Dush
This is situated to the south of Kharga, 23 kilometres from the village of Baris. The site is important inasmuch as it lies on the Forty Days Road, an ancient caravan route linking the oases to the Sudan. The temple was constructed during the reigns of the Emperors Trajan and Hadrian, and is dedicated to the Cults of Isis and Serapis. The temple contains some reliefs depicting the Emperor Trajan making offerings to the gods.

Darb al Ghabari
Situated at the entrance to the oasis, this site contains a number of rocks covered with pictures, depicting pre-historic man and domesticated animals.
Al Bashindi
The village of Bashindi 20 kilometres from Mut, the administrative centre of the oasis, is a small settlement containing mud brick houses and streets covered with golden sand. The most important feature of the site is the Roman tomb dating to the first century AD and another dating from the Islamic period, built from the stones of a temple buried in the vicinity.
Al Dabba
This site comprises the remains of the ancient Egyptian settlement of Balat, situated about a kilometer from the modern village of Balat. The village also contains Islamic monuments. Built on a hill, the streets are roofed with palm fronds, and represent an important example of the Islamic style.
Mut
Mut is an ancient city dating back to Ancient Egyptian times and contains the remains of the old cemetery, built in the in a series of galleries. Mut is the administrative centre of Dakhla and derives its name from Mut, the consort of the god Amun.
Al Qasr
This situated to the north of Mut and contains the of an early Islamic mosque (6th/7th century). This village was the capital of the oasis during the Ayyubid period. It contains the palace (Qasr) of the Governor, from which the town takes its name. This palace was constructed on the site of an ancient Egyptian village. Nowadays the village is famous for its earthenware and its palm leaf basketry.
Al Mizawaqah
Four kilometres to the west of Qasr, this consists of a number of Roman tombs containing some well preserved frescoes, depicting agricultural deities and the signs of the Zodiac.
The Temple of Deir al Haggar
Situated some twenty kilometres from Qasr, this is a Roman temple, constructed of sandstone and dedicated to the cult of the Theban Triad, Amun, Mut and Khonsu. Building commenced during the reign of Nero and continued under Vespasian and Nerva.
The Attractions of Farafra.
The Fortress of Farafra. This is situated in the village of Qasr al Farafra and dates back to the Roman period. The village also contains a number of stone built tombs that devoid of frescoes, reliefs or inscriptions.
Attractions of General interest.
The New Valley contains a number of modern tourist attractions, that came into being with the setting up of the New Valley Development Project on 1958.
These include duck and fish farms, amongst the most significant of which is the Duck Farm of Munirah, 18 kilometres to the north of Kharga. The other is situated on the outskirts of Kharga itself.
There are also a number of natural mineral water springs, including the Nasser Springs, 25 kilometres to the south of Kharga.These are equipped with tourist accommodation facilities. There are also the Springs of Bulaq, 30 kilometres from Kharga, producing warm water that is efficacious in the treatment of a number of diseases. There are also the springs at Mut, 2 kilometres from Mut in Dakhla. There is also the spring of al Gabal al Hamia, near Qasr. This is a hot spring welling up from the rocks, twelve kilometres from the village.
Desert Tourism The New Valley is well known for its desert tourism facilities, with its wealth of springs, dunes, palm groves, suitable for camping.