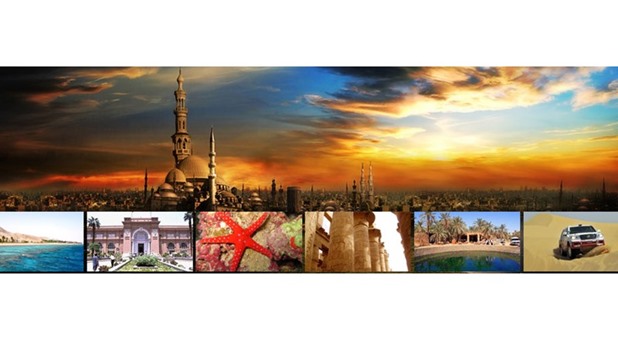 Egypt was known throughout its history as a destination for tourists and travelers since it was visited by "Herodotus" during the ancient time, when he got surprised because of the vast difference between Egypt and his homeland. Egypt maintained this image throughout the middle and modern history.

However, the discovery of the Pharaonic antiquities long time ago has added a special charm to Egypt, besides its unique religious and cultural monuments. On the other hand, Egypt enjoys a geographical location, and a moderate climate all the year-round, along with its smooth vast coastlines, and beaches with its unique treasures of coral reefs, providing Egypt with advantages of a competitive edge.


Diversity of the Egyptian tourism modes 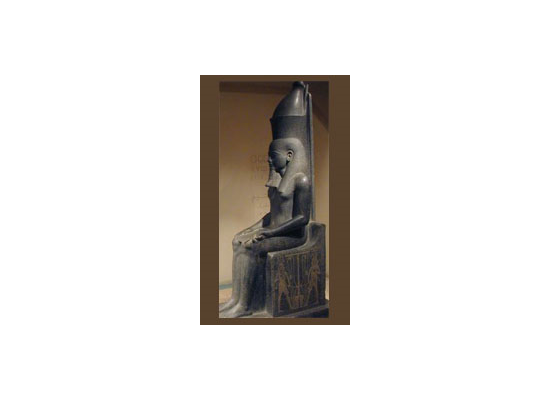 Egypt enjoys various fields of tourism attraction, the most important are archeological or cultural tourism which is one of the oldest types of tourism in Egypt, where the landmarks of the ancient civilizations are visible to the naked eye, an incarnation of the nations that constructed these civilizations since the dawn of history. Despite the multiple types of tourism, and Egypt's cultural tourism remains the unrepeated, unique and non-competitive component of tourism as Egypt possesses one third of the world's known monuments.

In addition to these types of tourism, "Diving Centers Tourism" represents a tourist activity that attracts large numbers of tourists. Sharm el-Sheikh city is one of the largest diving centers in the world because of its potential environment and unique diversified nature which leads Sharm el-sheikh to be one of the major centers for attracting domestic and international tourism, in addition to being a resort for armatures fishing, tourism and diving. There you will find the biggest diving centers equipped with the latest devices, because of which, World Travel Awards awarded Sharm el-Sheikh the best global destination for diving in 2007.

In order to achieve further flourishing and tourist attractions, "Time-sharing Tourism", which was developed by Egypt, has revived. This new type of tourism grant non-Egyptians the right of ownership and usage of small units of accommodation in some new urban areas as well as in tourist areas in each of the distinguished cities such as Sidy Abdul Rahman, Hurghada, Red Sea and Marsa Matrouh.

Moreover, conference tourism in Egypt has steadily increased over the past six years where the total events held in Cairo International Conference Center amounted to 665 events, including 132 international and local conferences and 235 exhibitions and 298 cermonies and occasions. In 2008, Egypt witnessed a significant recovery for conference tourism, where many world conferences have been held on its territory such as Davos economic forum in Sharm El-Sheikh, The National Conference on Population and the African Summit.

Festival tourism is also one of the most important and latest types of tourist attractions, either sport, recreational, or artistic festivals. Egypt solely holds many popular festivals such as Cairo International Song Festival, International Film Festival, and Tourism and Shopping Festival, the annual fishing festival for amateurs and Alexandria International Festival for Mediterranean Song and the Sharm el-Sheikh International Championship for Bowling.

In September 2007, Al-Alsharkeya governorate organized the XVI International Festival for Arab Horses, which is one of the most important tourism festivals in Egypt.

The festival has organized several shows including the musical horse taming and horseback gymnastics and other show of various musical trots with horses, in addition to, the skill of brandishing weapons while riding a horse.

In 2007, Egypt won the second rank among the best 5 tourist destinations in the Middle East for setting up conferences and festivals on the sidelines of Egypt's participation in the Gulf Incentive Business Travel & Meetings Exhibition.

Significance of tourism in National Economy

Tourism is currently representing 11.3% of Egypt's GDP, 40% of the total Egypt's non-commodity exports and 19.3% of Egypt's foreign currency revenues.

Because of the significant role of tourism in the national economy, the Ministry of Tourism has developed a plan to increase the capacity of the Egyptian tourism to become globally competitive, increase its share in pushing forward the national economy and attract more tourists to the Egyptian market. The ministry also diversified the tourist destinations to attract tourists from non-traditional markets as well as increasing the number of hotel rooms.

There are several plans to fulfill these strategic objectives including:

1- Plans to attract more tourists with a view to:-

• Maintaining the current growth rates and Egypt's competitive status on the major traditional markets like Britain, Russia, Italy, Germany and France.
• Achieving high growth rates in the number of tourists, who come from the emerging markets in a way that can be harmonized with the tangible speed in the growth of these markets like Ukraine, Poland and the Czech Republic.
• Upgrading Egypt's competitive status on the new markets and identifying the Egyptian tourism modes in a comprehensive and effective way - India and China.
• Improving the image of the Egyptian tourism types at the international level and achieving the highest quality of services received by tourists and to be careful on how far these services and prices of flights are harmonized
• Developing plans to promote and diversify the tourism modes on a sustained basis in a way that meets the needs and requirements of the overseas markets.
• Launching a promotion campaign via mass media of the major exporters of tourists and expanding this campaign via satellite channels.

To achieve these goals, the plans should include the following:

- Implementing a partnership programme with leading tour operators to support direct sales
- Implementing a programme to support charter flight in some destinations according to market needs so as to attract more influx of tourists.
- Implementing an international public relations campaign through outside travel offices
- Establishing and developing a website as a promotion to Egypt that has been launched in 13 languages (Arabic will be added to the website in 2008)
- Launching a promotion campaign on the Arab market under the title "welcome to Egypt" and expanding this campaign by tourism groups covering major Arab countries.
- Providing excellent tourist services with outstanding quality and delivering these services to visiting categories with high spending and special interests.
- Addressing new segments and launching new tourism modes, such as desert tourism, golf tourism, therapeutic tourism as well as accommodation, conferences and shopping tourism.

2- Plans to provide different tourism modes, including the following:

- Developing the coastal and desert areas outside the city cordons.
- Planning and supervising tourism development projects
- Determining the body concerned that will manage the land earmarked for tourism investment.
- Maximizing the private sector's role in the development process and limiting the role of the state for planning, supervising and monitoring operations.
- Diversifying the tourism product (hotel, Ecolodge, environmental hotel, Safari tourism, yacht tourism, golf courts and accommodation units..).
- Undertaking infrastructure projects in the tourism development centres (implemented by the private sector, where the total investments stand at LE 3.3 billion in roads, electricity, water, sanitation and airports).
• Applying control systems, upgrading the quality and developing the ships' anchorage as well as reducing road accidents and training to raise the quality of services in Egypt.

The plan of the Tourism Development Authority is aiming at boosting tourism and increasing the hotel rooms, tourism revenues and jobs until 2017, as well as attracting more tourists to reach 16 million tourists and increase the number of tourist nights to 130 million nights.

The main axes of tourism development strategy are as follows: -
• Changing the role of the public sector so as to become organized, encouraging and simplified as well as expanding the role of the private sector.
• Developing the legal and institutional framework.
• Supplying the areas of development with the necessary infrastructure.
• Preserving environment.
• Identifying the priorities for overall development.