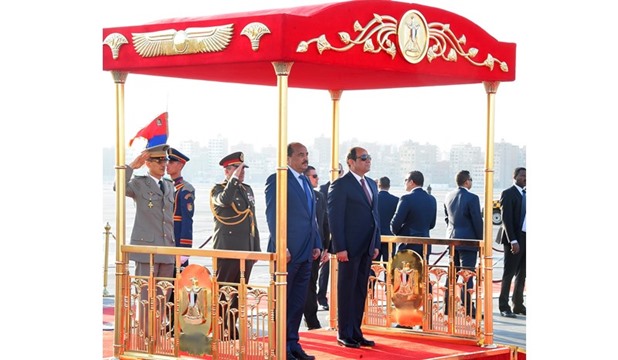 In September 2010, a high level Mauritanian delegation, led by Mohammad Ould Bou-Kheir, the Chairman of Mauritania's Tourism Promotion Authority visited Egypt. The delegation was brought up to speed on Egypt's expertise in the field of tourism. Egyptian businessmen and entrepreneurs were also encouraged to invest in Mauritanian tourism projects.

In August 2009, visit by Ambassador Mona Omar, Assistant Foreign Minister for African Affairs and African Union Affairs to attend the inauguration ceremony of President of the Republic of Mauritania Mohamed Ould Abdel Aziz.

In February 2008, visit by Mr. Ambassador Mohamed Badr al-Din Zayed Assistant Foreign Minister for Arab Affairs for consultation in the framework of the memorandum of understanding between the foreign ministries of the two countries.

In May 2008, the second session of the Joint Committee of Fisheries and Fisheries Development

In November 2006, the first session of the joint Egyptian-Mauritania was held in Cairo