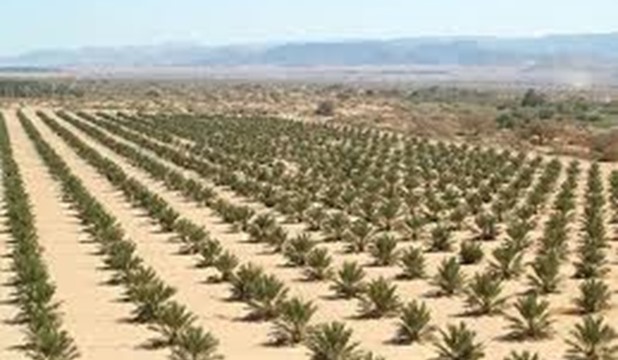 In a serious step towards the restoration of Egypt's status as a major agricultural state and achieve self-sufficiency from crops. President Sisi launched, from Farafra, on December 30, 2015 "the 1.5 million Feddan Project", one of mega national projects; where the President considers this project as one of the pillars of "a step toward the future".
It includes a large number of projects, aiming at sustainable development.
This project is a model for the modern Egyptian countryside that will be a model for a series of villages addressing the problems of the past and invest the present elements. It will be implemented in accordance with the plans and scientific studies, so that together constitute the integrated urban communities

Besides agricultural activity, it will be associated with food products, packaging, production of oil and other industries, in addition to providing housing units and all the necessary facilities, and the provision of health and education services, to establish an integrated residential community that attracts residents.

The Prime Minister Sherif Ismail witnessed on 01/02/2016 the inauguration of the Egyptian rural development company, with the contribution of the New Urban Communities Authority, the General Authority for Rehabilitation Projects and Agricultural Development, and Ministry of Finance.
The Prime Minister also attended the first meeting of the Constituent Assembly of the company, which discussed the general framework for the implementation of the project.
The Board includes a group of experts that support the new company, headed by Ahmed al Sayyad, Chairman of the Board of Directors and delegate member of the new "Reef" Egyptian rural development