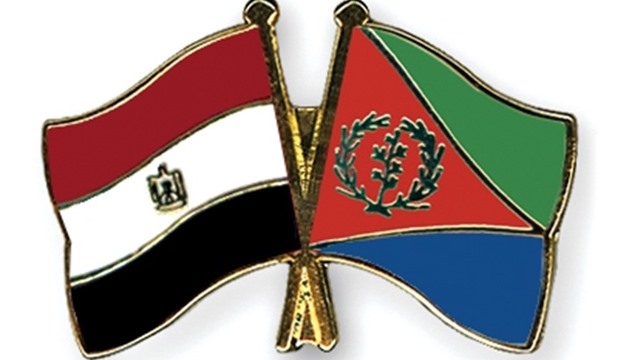 From Egypt to Eritrea:

On 7/5/2015: Foreign Minister Sameh Shoukry met his Eritrean counterpart Othman Saleh and Eritrean Presidential Adviser for Political Affairs Yamani Jabr. During the gathering, Shoukry handed over an invitation from President Abdel Fattah El Sisi to Eritrean President Isaias Afwerki to attend the African economic blocs' summit slated to be held in Egypt in the Red Sea Resort of Sharm El Sheikh in June.

In June 2010: Mohamed El-Desouky the Journalist in Al-Ahram had an interview with the President of Eritrea in the occasion of the Eritrean Independence Day 24 May 1991.

On 2-5/12/2009: The secretary-general of the Egyptian Fund for Technical Cooperation with Africa visited Eritrea to put an effective mechanism of pushing the bilateral cooperation in many domains, especially in the agricultural field.

On 21-25/11/2009: A delegation from the Egyptian Union of workers visited Eritrea to participate in the celebrations of establishing the Confederation of Eritrean workers 30 years ago.

On 31/3/2009: The Assistant of the Minister of foreign Affairs for the African Affairs and the African Union visited Eritrea and met the Eritrean ministers and the members of the PFDJ “People Front of Democracy and Justice”, and signed a Friendship and cooperation Agreement between the City of Cairo and the City of Asmara.

From Eritrea to Egypt:

On 16-17/4/2010: The Eritrean Minister of Health visited Egypt to sign a Memorandum of Understanding with Egypt.

In April 2010: The Minister of Foreign Affairs met the Head of the Political Affairs in the PFDJ.