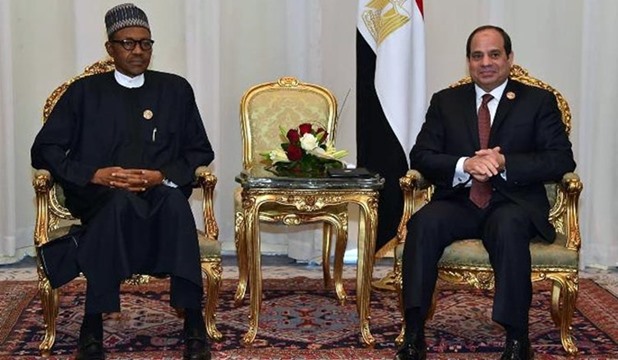 Economic relations between the two countries witnessed a new level of activities during the past few years. Egyptian exports registered a 160% increase in 2009 (U.S$ 116 million compared to U.S$ 73 million in 2008) which can be considered a major improvement taking into consideration the severe economic and financial crises the world has witnessed during that year.

Major Egyptian Companies such as the Arab Contractors, Orascom Construction, Mantrac, Elsewedy Cables and EGYPRO have established themselves as strong players, with total investment exceeding U.S$ 1.4 Billion, in the Nigerian Market and were able to work on major projects.

The Egyptian Nigerian Business Council was established to foster business cooperation between the two countries and to institutionalize the relationship between the business communities on both sides, as a major mechanism to enhance bilateral trade and the promotion of investment.

The Presence of Egypt Air, which commenced its flights from Cairo to Abuja since June 2009, in Nigeria helped in increasing the number of tourists traveling to Cairo, taking into consideration that Egypt Air now operates 14 flights / week from Cairo to Abuja, Lagos and Kano. In addition to the presence of 160 Egyptian Physicians throughout, this has helped promote a major destination for Medical Tourism.