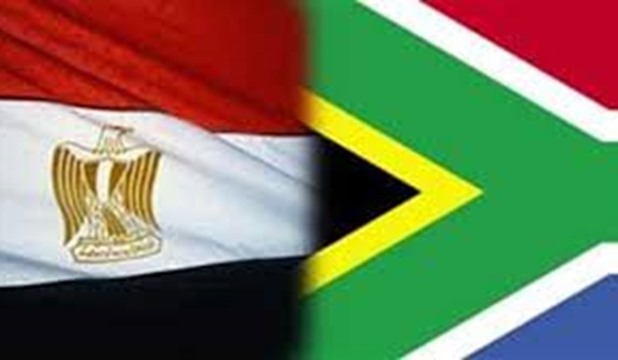 On 4/12/2015, Prime Minister arrived to the South African capital Johannesburg where he takes part in the China-Africa Forum.

On 2/4/2015, President Abdel Fattah El-Sisi met with South African President Jacob Zuma to invite Sisi to take part in the African Union summit to be hosted by his country this year.

On 12/10/2014, Foreign Minister has conferred with visiting South African Foreign Minister Maite Nkoana-Mashabane on means to boost bilateral ties in the different domains as well as the situation in Africa and the Middle East.

On 24/2/2014, former President Adly Mansour received a message from his South African counterpart Jacob Zuma. The message was delivered by Zuma's personal envoy and State Security Minister Siyabonga Cwele to reiterate South Africa's support for Egypt during the transitional period and its war against terrorism.

On 27/3/2013, former President paid a visit to South Africa. He participated in the meeting of NEPAD countries and BRICS forum in Durban.

In June 2010, the South African Minister of Sciences and Technology visited Egypt.