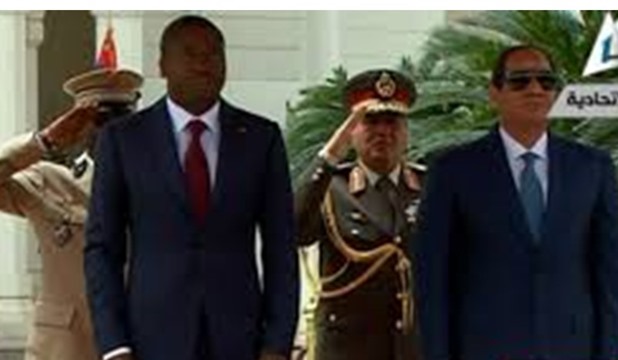 On 21-23 October, 2010, Assistant Foreign Minister for African Affairs and African Unionvisited Togo and met with the Togolese President, Chairman of the Constitutional Court, the First Deputy Parliament Speaker, as well as the ministers of interior, tourism, and health.

From May 31st to June 2nd, 2010, Togolese Minister of Energy and Mines visited Cairo to participate in the Third Conference of the African Ministers of Energy Forum.

In July 2008, Togolese President Faure visited Egypt to participate in the African Union Summit in Sharm El-Sheikh, and met with former President Mubarak on the sidelines of the summit.

From 2 to 4/11/2007, former Assistant Foreign Minister for African Affairs and African Union Affairs visited Togo, where he met with Togolese Foreign Ministry Secretary General and Minister of Health.

On 21/2/2005, the Political Advisor to the President paid a visit striving to put an end to the political crisis in Togo following the death of President Eyadema.