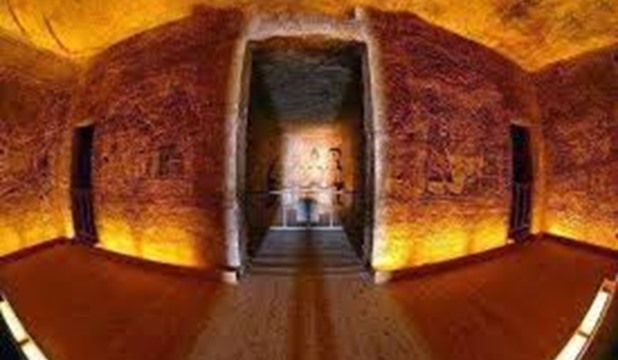 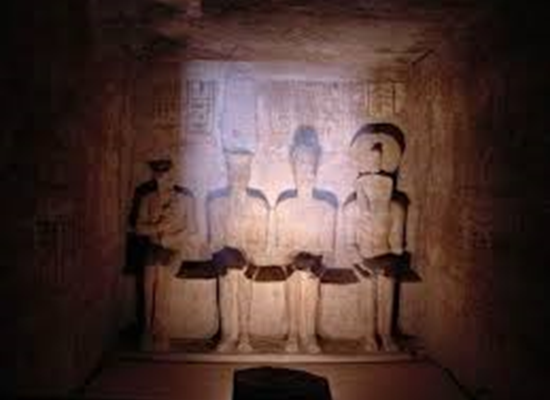 
The astrologic explanation of the phenomenon
It is known that as a result of the motion of the earth around the sun in a semi-circular orbit, there is an apparent motion of the sun through what is called the celestial zodiac circle that is a circle declines by 23.5° on what is called the celestial equator. So, the position of the sunrise varies daily on the horizon in an interval lies between –23.5° and 23.5° from the real east which the sun rises from only on 21st of March and 23rd of September of the year (they are called the equinoxes or the beginning of the Spring and Autumn seasons respectively).
In the Spring and the Autumn seasons, the sun rises from a position declines from the east by some degrees north. This declination reaches its maximum on 21st of June (the beginning of the summer season) and will be 23.5° north.
On the other hand, in the autumn and winter seasons, the sun raises from a position declines from the east by some degrees south. This declination reaches its maximum on 21st of December (the beginning of the winter season) and will be 23.5° south. Accordingly, if we have a long path directed to the east or declined to it by an angle 27.5° north or south as a maximum and closed from the west, the sunlight will illuminate the closed wall twice a year. 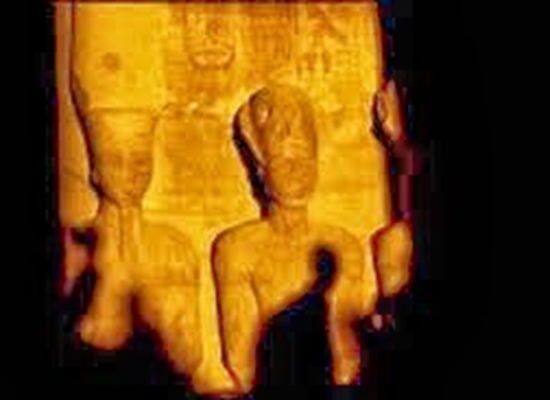 So, it is normal to find the sunlight enters Abu Simbel temple and hit the four statues in the sacrarium perpendicularly twice a year because its axis declines on the real east by an angle of 10.5° south.
But the miracle appears here if the two days of illumination are selected and determined before the sculpture process. This is because it needs a complete knowledge of the astronomy basis and many calculations to determine the declination of the axis of the temple from the real east. Also, the miracle appears in the perfect straight axis along a distance of 65 meters cut in the rock.
The phenomenon discoverer
This phenomenon was discovered in 1874, when the explorer Miss “Emilda Edwards” and her team observed this phenomenon and recorded it in her book published in 1899 (Thousand Mile on the River Nile) as follows:
“At sunrise, the sacrarium statues become of an incredible effect and are covered by a beautiful corona of fear and veneration. If any one did not observe the falling of the sunlight on the statues, he would doubt about its big effect accurately calculated according to the astronomy and arithmetic of ancient Egyptians. This is because the direction of the temple was accurately calculated for a certain angle to receive these radiations on the four statues faces”.