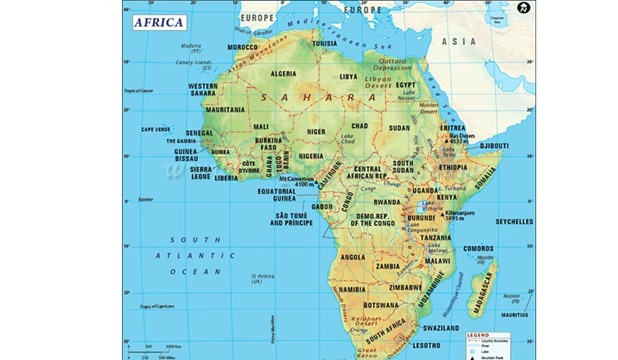 Although Egypt is largely an Arab-Islamic state, it is located in Africa and therefore is an African country. Egypt has been and will remain the link between the Arab and African worlds.


The Egyptian foreign policy gives much attention to the African continent. The African circle was among the main political circles in the mindset of the architects of the July 1952 revolution in Egypt.


Since this time, Egypt's struggle with the African countries to regain their independence was a paramount concern to its foreign policy.


Thanks to the solidarity of the African nations' stance, the African continent was able to get rid of colonization for good and end apartheid policies.


A few years later following the independence of some African countries, the Organization of African Unity (OAU) was created in 1963 as a regional organization that includes all the independent states in the region. The goal of the OAU was to help non-independent African countries to liberate themselves from the repression of colonialism and coordinate efforts of independent states to preserve their sovereignty and achieve economic sustainability and prosperity.


The African states selected former Egyptian president Hosni Mubarak as the chairman of the OAU during the periods of 1989-1990 and 1993-1994. During these two summits that were held in Cairo, the OAU established the first African mechanism for preventing, managing and resolving conflicts.


Egypt established a special center for training and qualifying African cadres in the fields of resolving conflicts and peacekeeping operations and civil and military monitoring. The first sessions of the center were held in June 1995 and were attended by a number of senior African military officers.


Egypt then hosted in Cairo on 28 November 1995 the Great Lakes Region Summit that was attended by the presidents of Uganda, Rwanda and Burundi and the Tanzanian foreign minister. The goal of the summit was to discuss the problems of Rwandan and Burundian refugees and achieve reconciliation among disputing parties in the region.


In November 1995, Egypt was elected as the representative for Northern Africa countries in the Francophone Summit that was held in Benin.


Egypt contributed to the formation of the African Union (AU) that replaced the OAU. The Egyptian delegation participating in the Lomé Summit in 2000 presented some amendments to the Constitutive Act of the AU in terms of limiting the intervention of the AU in the affairs of the member states to the three cases of genocide, crimes against humanity or war crimes.


The Egyptian efforts towards backing the establishment of the AU aimed at forming an African entity that promotes unity and solidarity among African States and achieve the joint political, economic and social interests among the member states.


At the economic level, Egypt showed especial interest to solving the issue of debts owed by the African states to rich countries. The Egyptian foreign ministry presented several proposals that outlined a road map to solve the African continent's debt problem including canceling some of the debts, rescheduling the remaining part and urging the World Bank to play a more effective role in financing economic development in Africa and reviving the economies of the African countries.


Under the coordination of the Egyptian Fund for Technical Cooperation with Africa, Egypt has offered technical assistance and scholarships to all African countries.