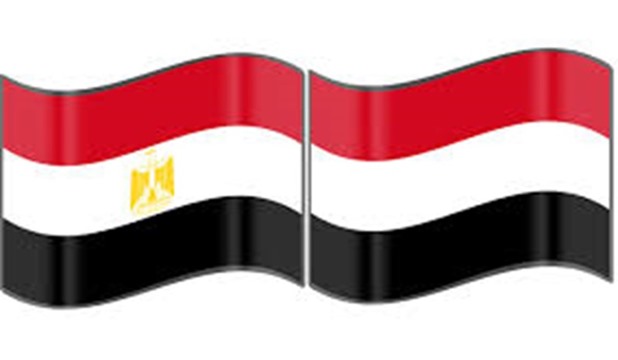 Egyptian-Yemeni relations date back hundreds of years, representing a historical relationship since ancient times. One of the oldest evidences confirming those deep-rooted relations between the two countries is that the Egyptian Emperor Thutmose III received a gift from Sabaean merchants "relative to the Kingdom of Sheba, which is Yemen now" as well as the Yemeni merchants were the main suppliers of the incense of the ancient Egyptian temples.

Egypt represents the main pillar of the Arab countries and plays an important role in maintaining the security and stability of the Arab countries and the entire Arab region. In this respect, both Egypt and Yemen played an important role in the establishment of the Arab League, and Egypt participated in the era of President Abdel Nasser in the Yemeni war, while Yemen stood by Egypt in the October 1973 war against the Israeli occupation.

Yemen has an important and distinct geographical location concerning the security of the Arab Gulf, which represents an important pillar of the Egyptian national security, as it overlooks Bab el-Mandab Strait that recently represented great importance to the countries of the world after the establishment of the Suez Canal. Accordingly, Yemen represents a special importance to Egypt in terms of its important and distinguished position in preserving Egyptian interests and not endangering Egyptian national security, in addition to protecting Bab el-Mandab Strait from any threats that may harm Egyptian interests. This was sound clear in Egypt's participation in the international coalition in Yemen against armed groups.

The Egyptian position on the Yemeni crisis

Egypt asserted the importance of Gulf security and its support to Saudi Arabia in its stance against the Houthi militia in Yemen in support of the political legitimacy of President Mansour Hadi and the Yemeni constitution.

Egypt secured its interests in Bab el-Mandab Strait for fear of the unstable conditions in Yemen and to maintain water security in the Suez Canal.

Egypt provided political support to the authority of President Abd Rabbo Mansour Hadi, as Cairo took a decision on February 23, 2015 to close its embassy in the capital, Sanaa, after armed groups had taken control of it and in line with the Gulf and international positions to close their embassies as well. Also, the Foreign Ministry affirmed the support to legitimate institutions and state symbols, stressing that all parties should abide by the means of dialogue, avoid the use of violence the Gulf initiative and commit to the Gulf initiative, the outcomes of the National Dialogue, the Peace and National Partnership Agreement, and Security Council resolutions regarding the crisis in Yemen. In continuation of the political support for the legitimate authority in Yemen and in line with regional and international positions, Egypt announced the reopening of its embassy in the city of Aden after President Mansour Hadi made it his headquarters.

Egypt supported the military operation in Yemen, after Saudi Arabia had announced directing a military campaign, which is called the “Decisive Storm”, against the Houthi strong holds in Yemen. In this respect, Egypt announced its full support to the military campaign as well as its participation in the campaign that consisted of the Gulf Cooperation Council countries, Egypt, Morocco, Sudan and Jordan, with international support from Security Council.

Egypt asserted the commitment to the Gulf Initiative, as the Egyptian Foreign Ministry stressed the need to adhere to a political solution based on the Gulf initiative, its implementation mechanisms and the relevant Security Council resolutions. It, also, confirmed the necessity of restoring the legitimacy and adhering to the foundations of dialogue as well as the road map and a peaceful transfer of power to achieve the interests of the Yemeni society.