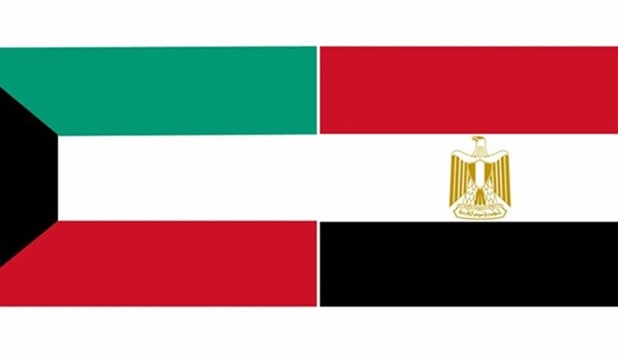 Egypt-Kuwait Relations started in the middle of the 19th century at the grassroots level even before the official level when the Kuwaiti students came to Egypt to join Al-Azhar and other universities, got involved in the Egyptian life and then returned back home to spread knowledge to the Kuwaiti people, Among the prominent figures are: Sheikh Mohammed Al-Farsi and Sheikh Musa'ed Al-Aazemi.

The relations gained momentum during the aggression by Saddam Hussein's former regime in Iraq against Kuwait. Thence, Egypt confirmed its rejection of the aggression and support to Kuwait, participating as well in the Kuwait liberation war.

On the other hand, Kuwait backed Egypt during the 1967 aggression and the October 1973 war. It was one of the first Arab countries to send armed forces before the 1967 war to assist Egypt in the Sinai liberation war. It sent a full brigade, " Yarmouk Brigade" which remained  in Egypt until the October 1973 victory.

With the advent of June 30 Revolution, Sheikh Sabah Al-Ahmad affirmed that Kuwait will provide full support to Egypt at the political and economic levels, and stated : "Egypt is a cherished country and Kuwait will never let her down. " He stressed to the then Egyptian president Adly Mansour: "your brothers  fully support you"

The Kuwaiti Emir participated in the celebration of Sisi's investiture as President of the Arab Republic of Egypt, in a step that reflects the keenness of the Gulf state on  bolstering the new Egyptian regime.