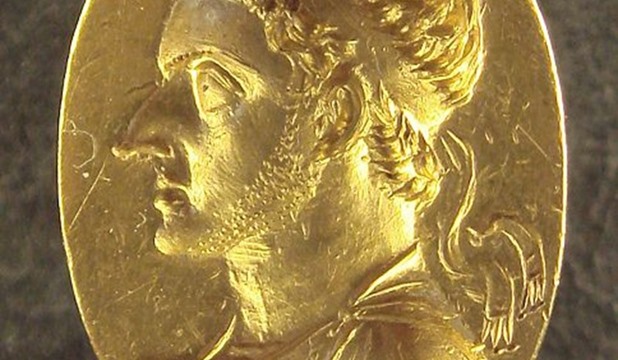 Having beaten the Persians in Asia, Alexander the Great conquered Egypt in the year 332 BC and expelled them out of Egypt. Then, he crowned himself as a king in the Pharaonic style and founded a new capital for Egypt named after him as “Alexandria”. Then, he made pilgrimage to Amun's Temple in Siwa Oasis, which was world renowned at that time.

The Egyptian Civilization under the Ptolemies

Alexandria became the capital of the Ptolemic rule in Egypt, where stately palaces and gardens were built. Alexandria was well-known not only as a centre of outstanding achievements in arts, science, industry and trade but also as the prime sea harbor on the Mediterranean Sea, thanks to its well-known Lighthouse, considered by the Greeks as one of the Seven Wonders of the World. Alexandria was further well-known for its University, which symbolized a great Hellenistic- Egyptian civilization.

At Alexandria University, founded by the Ptolemies, scientists arrived at scientific facts concerning the earth's rotation around the sun and approximate circumference of the planet. The university was also famous for the study of medicine particularly anatomy and surgery. Most famous of the university scientists were the geometrician Euclides, the geographer Ptolemy and the Egyptian historian Maniton.

Library of Alexandria (Bibliotheca Alexandrina) and its Cultural Influence

The Ptolemies established in Alexandria a large library, which was considered the greatest in the world at that time. The Library contained more than 500,000 papyrus rolls. The Ptolemies ordered that each visiting scientist should donate to the city a copy of his works, thus bringing the number of books at Alexandria Library to more than 700,000. The Ptolemies showed respect for the Egyptian religion, offered sacrifices to Egyptian deities and built temples such as those of Edfu, Dandara and Philae in Aswan. The Ptolemies used to appear in official ceremonies in Pharaohs' apparel.