National project for the development of Egyptian villages 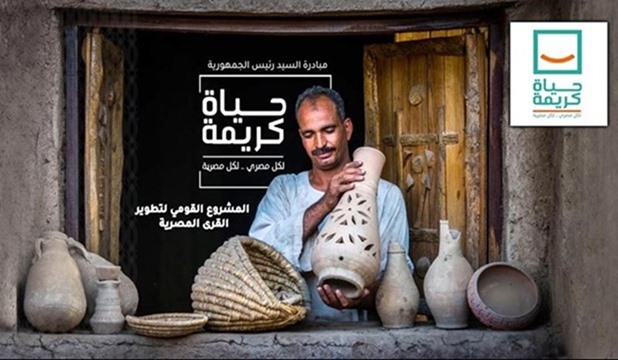 The project is the development of Egyptian villages economically, socially and urban, which represent 57% of the population of the Arab Republic of Egypt through a series of programs, including the following activities

·        Improving the environmental situation and dealing with solid waste

·        Strengthen road networks to connect villages to each other

·        Raising the efficiency of veterinary units

·        Raising the economic level of the citizens of these villages

The project is to be implemented in time stages. The first phase includes the implementation of the project with 78 villages in 26 governorates with 3 villages in each governorate. The priorities for implementing the infrastructure projects are drinking water, sanitation, paving roads and electricity.

The feasibility of the project

To raise the social, economic, urban and health level of the citizens of the most favored villages and to facilitate the provision of basic services to them

On 1 February 2015, the Engineering Authority of the Armed Forces was contracted to start the implementation of infrastructure projects in the villages of the first phase of 78 villages within the limits of the appropriations included in the plan of the Ministry of Local Development at a total cost of LE 1.075 billion, Million pounds contribution from the engineering body of the armed forces

Infrastructure works included 219 projects at a cost of LE 1.075 billion, as follows

·         The implementation rate was 100% of planned infrastructure projects