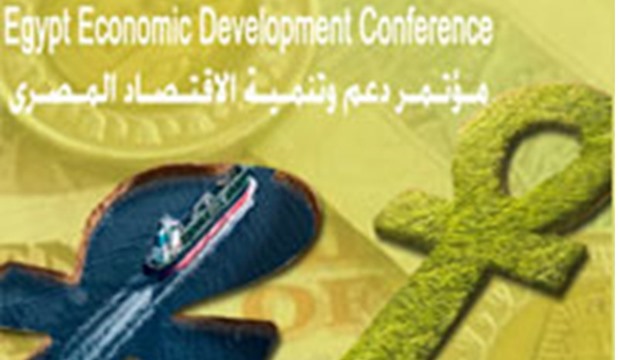 
Sharm el-Sheikh hosts the international conference to support the Egyptian economy, during the period 13 to 15 March 2015. Egypt doesn’t seek to bring grants and assistance, but pumping Arab and foreign investments to revive the Egyptian economy; to be able to face challenges, both internally and externally, caused by the events of the previous four years.

Egyptian economy since June 2014, tries to recover through three pivots of economic reform. The first, facing budget deficit and financial discipline, reforming tax justice, reducing public spending, increasing state revenues and investment of Egypt's natural resources, and adoption of a law for the exploitation of this mineral and natural wealth. The Second, attracting direct investment. Third, filling the financing gap and reduce the balance of payments deficit.

Hence, is the importance of organizing Egypt Economic Development Conference in Sharm El-Sheikh, which is prepared at the highest levels, paving for its success, to achieve the greatest benefit for Egypt, and for regional and international investors who trust the success of the investment opportunities in Egypt, and to enhance Egypt’s international relations.

President Abdel Fattah El-Sisi, who shoulders the greatest effort in the promotion for the conference, both in terms of multiple foreign visits, which succeeded to ink several agreements that contribute to support internal development process, and to emphasize the importance of investing in Egypt. Or at the level of his meetings with Arab and foreign officials who visit Egypt every day.

President extended an invitation to many kings, princes and presidents to attend the conference and deliver the opening speech. The government has invited 2,000 chief executives of international financial institutions and international companies and sovereign funds, in addition to 3 thousand invitations include international public figures, the total is five thousand invitations to attend the conference. As well as sending promotional missions of the Conference abroad to illustrate investment opportunities to investors in many European countries, which announced the presence of their delegations, headed by its Minister of specialists in investment affairs.

Conference held in implementation of the initiative of the late dear to the hearts of all Egyptians, King Abdullah bin Abdulaziz, launched in support of the revolution of the Egyptian people on June 30, following the election of President Sisi to lead Egypt. As well as the product of the work of the Commission, which was formed to implement the initiative of the Minister of Finance of Saudi Arabia and the Minister of State of UAE Sultan Al Jaber, and Egyptian finance ministers, Planning and Investment and International Cooperation. This came after several meetings to hold the conference for investment, support Egypt's economic and development by explaining the investment opportunities. It came referring to the Egyptian - Saudi Arabia strategic partnership relations.

Egypt's success in holding the conference, will not have a return on investment only, but also a clear confirmation to restore Egypt's stability and security despite the turmoil of the region around, and despite attempts by greedy and misguided misleader to infanticide wishes of its people.

Also confirm that it is safe to visit Egypt, whether as a tourist, or an investor. Confirming that Egypt is capable of correcting its course rationally thought plans that give ideals and role models in how to overcome difficulties, and turn them into a motivation for progress and advancement.
God save Egypt and its people