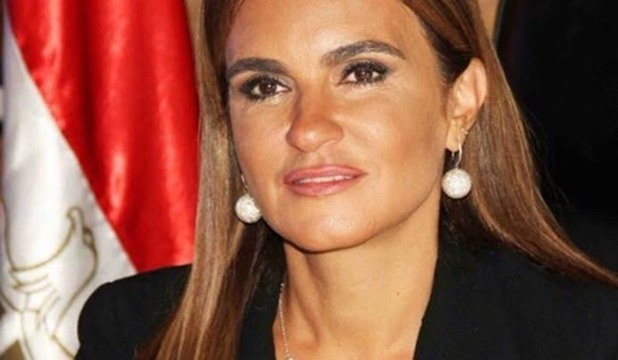 Egypt's participation in the Belt and Road initiative in Beijing reflects close partnership with China and its commitment to broaden cooperation with all its international partners in the forum, said Investment and International Cooperation Minister Sahar Nasr .

Egypt's role in the Silk Road initiative is crucial given its distinguished geographical location, she added in a high-level session held at the forum on Sunday .

The Belt and Road initiative will represent a cornerstone for growth and development in the world, she added .

The minister also pointed out to the mega projects which were launched to promote the participation of the private sector in the development process, including the new administrative capital, the Suez Canal, the Golden Triangle and the 1.5 million feddan project along with several initiatives in main industries .

The new investment law represents a major leap in Egypt's efforts to improve business climate, she went on to say .

Egypt, in its capacity as a founding member of the Asian Infrastructure Investment Bank (AIIB), is keen on benefiting from the 15 billion dollars, which was allocated by the bank within the upcoming five years to several countries, including Egypt, to implement projects in main sectors .

The success of the Silk Road initiative needs a good governance and policies in order to benefit all the countries which join the initiative .

World leaders gathered in Beijing Sunday for the opening of the Belt and Road Forum for International Cooperation .

A total of 30 foreign heads of state and government leaders attended the forum .

Other delegates include officials, entrepreneurs, financiers and journalists from over 130 countries, and representatives of key international organizations .

The two-day forum, which also features a round-table summit of global leaders on Monday, is one of the highest-level gatherings in today's world .