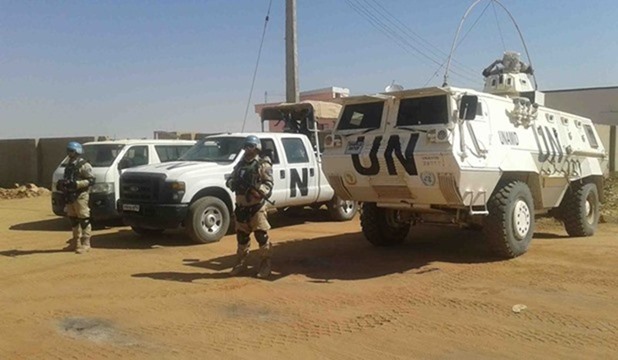 A founding member of the United Nations, Egypt has played a significant role in maintaining international peace and security.

Egypt has and continues to be committed to strengthening international action through the United Nations to achieve collective security and uphold the goals enshrined in the Purposes and Principles of the UN.

Egypt is a longstanding and committed contributor to UN peacekeeping operations. Egypt’s first contribution to UN peacekeeping was in 1960 in the Congo. Since then, Egypt has contributed to 37 UN missions with over 30,000 peacekeepers, deployed in 24 countries in Africa, Asia, Latin America and Europe.

Egypt’s position on peacekeeping missions can be summarized as follows:

Achievable Mandates: Egypt emphasizes the need for the United Nations Security Council to outline achievable mandates and avoiding mandates that lack political basis or sufficient resources or are not politically achievable.

Role of Troop Contributing Countries in Policy Formulation: Egypt emphasizes the need for the full participation of TCCs in the decision making process in the Security Council to achieve the required effectiveness for United Nations peacekeeping missions on the ground.

Use of Force: The unjustified expansion in the capacity of Peacekeeping Operations to use force can easily blur the line between peacekeeping and peace enforcement and jeopardize the impartiality of the military component of the mission.

Integrating Peacekeeping and Peace building: so that peacekeeping efforts are accompanied by economic recovery and capacity building efforts, based on national ownership.

Protection of Civilians: Egypt emphasizes protection of civilians where mandated and the need for peacekeeping to support the national efforts in this regard, taking duly into consideration that the primary responsibility of this task remains of states to protect their civilians.

Strengthening the Role of Regional and Sub-regional Organizations in Peacekeeping Operations: In accordance with chapter VII of the U.N. Charter.

Modernizing UN Peacekeeping Operations including the use of high-tech equipment remains a huge challenge: In this regard, it is important to deal with the political, legal, and financial implications of using such technologies, although the issue of control and confidentiality of information collected by these equipments requires special attention.

Predictability and Sustainability of Resources: Including human and technical, to implement their mandates, to deal with the difficult environments and to carry on its multidimensional tasks. Indeed, in this context the United Nations can learn from the African Union architecture with the presence of the African Union Standby Force. While this experience is still work in progress, it is by far more developed than anything the United Nations has to offer.

- Democratic Republic of the Congo, 1960

Presidential decree issued on completing formation of NEA's board membership 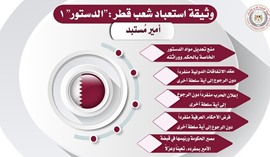 The Qatari Constitution: The enslavement of a nation and the despotism of the Emir 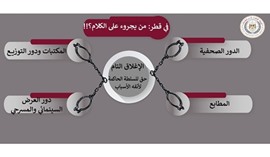 Who Dares Speak in Qatar