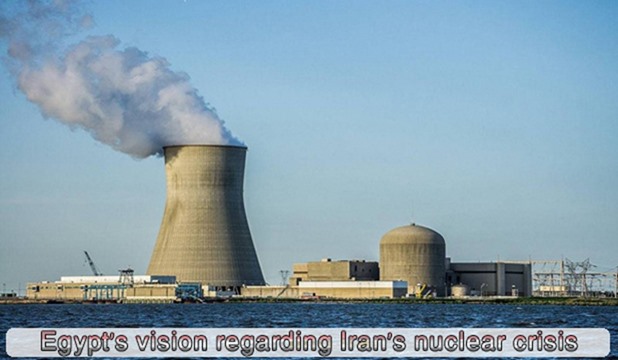 On 14 August 2002, the National Council of Resistance of Iran (NCRI) revealed the existence of undeclared nuclear facilities in Iran, including Natanz Enrichment Complex.

Between September and October 2003, the International Atomic Energy Agency (IAEA) carried out a number of facilities inspections and met with Iranian officials to determine the history of Iran's nuclear program.

To avoid referral to the UN Security Council, Iran entered into negotiations with the EU-3 (France, Germany, and the United Kingdom), and agreed in October 2003 to cooperate with the IAEA, sign the Additional Protocol, and temporarily suspend conversion and enrichment activities.

Diplomatic progress broke down on 1 August 2005, when Iran notified the IAEA that it would resume uranium conversion activities at Esfahan.

In February 2006, Tehran ended its voluntary implementation of the Additional Protocol and resumed enrichment at Natanz. The IAEA Board of Governors subsequently voted to report Iran's case to the UN Security Council (UNSC).

In April, Iran discussed its possession of a second uranium enrichment facility with P-2 centrifuges.

By November 2007, Iran says it has at least 3,000 centrifuges, which in theory would allow it to produce enough enriched uranium for a nuclear bomb in less than a year.

On 21 September 2009, ahead of the public revelation by the leaders of the United States, France, and the United Kingdom, Iran disclosed to the IAEA that it was building a second pilot enrichment facility.

In September 2009, US, French and British leaders announce Iran is building an undeclared enrichment site at Fordo, built into a mountain near Qom.

On February 2010, Iran produced 20% enriched uranium and announced its ability to enrich it further if it chose to do so.

In November 2011, an IAEA report, collating “broadly credible” intelligence, says that at least until 2003 Iran “carried out activities relevant to the development of a nuclear explosive device.”

In January 2012, the EU bans all member states from importing Iranian oil. On 3 July 2012, the P5+1 (the United States, the United Kingdom, France, Germany, China and Russia) and Iran held a technical meeting. Although the talks were described as constructive, no agreement was achieved and details of the discussions were withheld.

In 2013, newly-elected Iranian President Hassan Rouhani vows that he is ready for “serious” negotiations.

In November, an interim deal is agreed freezing some of Iran’s nuclear activities in exchange for minor sanctions relief. Two deadlines — July and November 2014 — to agree on a final deal are missed. In April 2015, Iran and major powers agree in Lausanne, Switzerland on the main outlines of a final deal.

On July 14, the accord is finally concluded in Vienna, ending 12 years of crisis and 21 months of protracted negotiations.

The accord provides Tehran relief from crippling economic sanctions in exchange for limits on its nuclear program.

In mid-December, the IAEA draws a line under a long-running probe into Iran’s past efforts to develop nuclear weapons, removing an important obstacle to implementing the July deal.

January 14: Iran says it has removed the core of its Arak heavy water reactor and filled part of it with concrete, paving the way for UN nuclear inspectors to announce Tehran has met its commitments.

January 16: The International Atomic Energy Agency confirms that Iran has “carried out all measures required under the (July deal)… to enable Implementation Day to occur.”

On 8 May 2018 President Trump announced that the United States would withdraw from the nuclear agreement with Iran, which was signed in 2015.

Egypt is closely following up the US decision to pull out of the 2015 Iran nuclear deal between the P5+1 (the United States, the United Kingdom, France, Germany, China and Russia) and Iran. The Egyptian Foreign Ministry said in a statement:

“As Egypt understands the US and international keenness to address all regional and international concerns in relation to the Iran Nuclear Deal, as well as Iran's interference in the internal affairs of the Arab countries, it stresses the need for Iran to fulfill all its obligations, in accordance with Nuclear Non-Proliferation Treaty and the Comprehensive Safeguards Agreement with the International Atomic Energy Agency. This is to ensure the continuation of Iran's status as a non-nuclear state party to the treaty, and enhance the chances of establishing a Middle East free of nuclear and other weapons of mass destruction, thereby fostering stability and peace in the region.

Egypt renewed its firm stance on the need to preserve the security and stability of the region, and the safety of its peoples. Egypt also voices its deep concerns over policies aiming at expanding the sphere of influence in the Arab World, with the ensuing negative impact on the Arab national security. Egypt further stresses the importance of the participation of all the concerned Arab parties in any dialogue on the future situation in the region, in particular the possibility of amending the nuclear deal with Iran. It called on all regional powers, including Iran, to stop adopting policies or actions against the security of the Arab region. Egypt hopes that the current developments will not result in any armed conflicts in the region that would threaten its stability and security.​”

Egypt has always called for strengthening confidence in the Middle East, through the adoption of policies and positions by regional powers that do not pose a threat to regional stability and security, as well as ending all interventions in the internal affairs of other Arab countries.