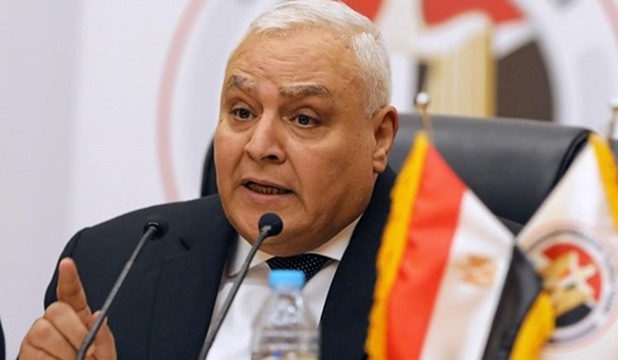 After approving the Senate Elections Law ratified  by the House of Representatives, The National Elections Authority issued a set of decisions regulating the electoral process, and the procedures of running for elections as follow:

·        Voters, whose names are registered in the voter base, are requested to vote at the headquarters of the sub-election committees for the Senate elections.

·        In case of repatriation, the abroad elections will be on the 6th and 7th of next September.

·        Repatriation will be held for Egyptians inside, on 8th and 9th September.

Second: The procedural timetable for the elections

Resolution no 33 of 2020 stated that: Senate elections will be held at the level of the Republic according to the following schedule:

Applications are submitted daily from 9 :00 am until 9:00 om except for the last day until 2 :00 pm  and the Candidates, individual or on list, are obliged to submit a declaration stating that no judicial rulings have been issued against them.

Decision No.35 clarifies that the candidate must apply for the necessary medical examination to show that he is free of mental and psychological diseases, and that he is not a drug user, in hospitals specified by the Ministry of Health and Population.

Hospitals and laboratories conduct the necessary medical examinations, taking right thumb print for the candidate and a recent photocopy of him.

The results present to the candidate for submission to the National Elections Authority, which has previously clarified hospitals and laboratories for that.

Fifth: Resolution No.36 supplementing Resolution (34) and (35) regarding candidacy

Resolution (36) clarified that the candidate in the individual and slate systems must submit the medical form with the application for candidacy, which clarifies that he is free from mental illnesses, and not from drug users as defined in Resolution (35), with an obligation to submit a declaration not to issue judgments against them according to what is stated in the decision (34).

Sixth: Formation and tasks of the committees that follow the elections

As Resolution (37) for 2020, committees are formed to follow up the conduct of elections headed by chiefs of courts, membership of judges and advisers, members of electoral bodies, and the committee receives candidates' requests, makes sure of it and that it meets the requirements for candidacy.

Seventh: Forming committees to examine candidacy applications and decide upon them and announce the names of the candidates

Resolution (38) came to clarify the formation of committees which examine the candidates' applications ‎, headed by a judge with the rank of chief of court (A) and membership of two judges from the competent court of first instance and a representative of the Ministry of Interior, and the committee examines the requests and makes sure of their integrity.

Resolution No. (39) clarified the electoral symbols for the candidates of both the individual and the slate systems.

Resolution No. (40) clarified that the rules and conditions mentioned in the decision of the National Elections Authority (No. 22) for 2019 to establish a database for registering civil society organizations and others to follow up on the elections and referendums, are applied on the Senate elections.

Resolution No. (41) clarified that the rules and conditions set by the National Elections Authority in Resolution No. (23) for 2019 to establish a database of media coverage of elections and referendums, are applied also on the elections of the Senate.