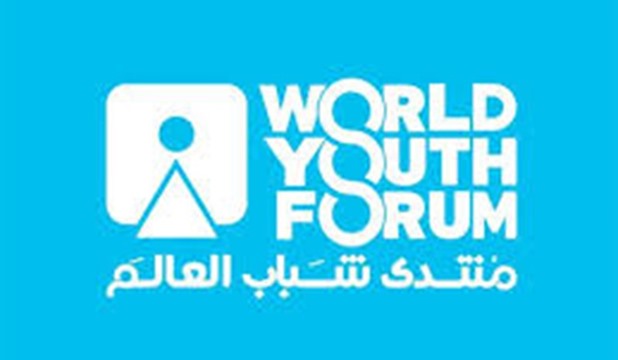 As many as 7,000 participants will take part in the 3rd edition of the World Youth Forum due in Sharm el Sheikh in the period from 14 to 17 December 2019.

WYF will show special focus on climate change issues and the challenges of accelerating technological development which threatens the loss of certain jobs.

The four-day forum - due to take place in the Egyptian Red Sea resort city of Sharm el Sheikh - is held under the auspices of President Abdel Fattah El Sisi.

The talks will also tackle block chain technology as well as the future of digital economy and Artificial Intelligence.

The agenda of the forum includes working sessions that will tackle issues of education, vocational training and food security in Africa along with ways through which the second goal of sustainable development can be realized.

The sessions will also address means of empowering women, cooperation among the Mediterranean basin countries in the energy sector, the role of culture in the advancement of societies, as well as developing human capital.

This year's edition of the WYF will see the participation of 40 companies operating in the field of entrepreneurship and advanced technology.

A series of workshops will be held on the fringe of the forum moderated by youth entrepreneurs from several countries like Malaysia, Iraq, Jordan, Nigeria, the UAE, Spain, the UK and the US.

The World Youth Forum is a platform built by promising youth. It sends a message of peace, prosperity, harmony, and progress to the entire world. It engages youth from around the globe in an enriching set-up, allowing them to exchange views and recommend initiatives to decision-makers and influential figures.

The forum is a chance for participants to engage with top policymakers and network with promising youth from the region and the world that are determined to make the world a better place for everyone.

The Permanent Mission of Egypt to the United Nations at Geneva managed to pass a resolution in the International Human Rights Council at its fortieth session entitled “Youth and Human Rights”. The UN resolution is considered the first to refer to the contributions of the World Youth Forum in its first and second editions, held in Sharm el-Sheikh during 2017 and 2018, as an international forum for discussing global issues from the youth perspective.

Ambassador Alaa Youssef, Egypt’s permanent representative to the UN office in Geneva, mentioned that the statement delivered by Egypt’s delegation during the draft resolution adoption session enhanced Egypt’s belief that the increasing number of youth around the world, specifically in developing countries, is accompanied by huge challenges and opportunities.

These challenges and opportunities include paving the way and creating the necessary atmosphere that will enable the youth to enjoy both human and basic freedom rights as well as overcoming challenges in those regards, including economic, social and cultural rights and actively taking part in realizing their rights in development and peace for all, especially that youth constitute the main driver and beneficiary of Agenda 2030 for sustainable development.

The Egyptian delegation presented in front of the Human Rights Council how the World Youth Forum was established in 2017 as a platform to support youth ideas providing ample and adequate space to express and exchange their opinions without barriers and to come up with recommendations for decision makers. Egypt’s delegation referred that around 5000 youth from around the world took part in the last edition of 2018 to express their opinions regarding the global challenges facing our world today whereas several sessions and workshops where were held.

The second day of the third edition of the World Youth Forum (WYF) kicked off in Sharm El-Sheikh resort city with the participation of President Abdel Fattah El Sisi.

- In remarks during a session on current challenges of international peace and security within the ongoing 3rd edition of the World Youth Forum, President Abdel Fattah El Sisi asserted that terrorism is a satanic industry and the most dangerous thing about it is using intellect and faith to reach political targets and interests. Terrorism is a cover up for many targets that some countries seek to reach, They use all its tools against the progress of Man to make their aims come true, President Sisi said.