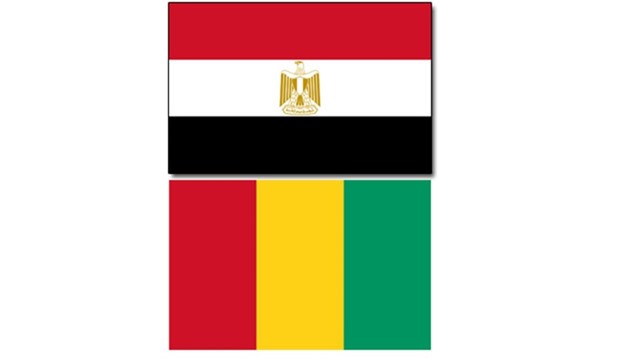 Egypt enjoys a historically distinctive relationship with Guinea since the latter's independence in October 1958.

This is reflected in the strong friendship which brought together the two historic leaders Gamal Abdel-Nasser and Ahmed Sékou Touré, whose decision to immediately secede from France contrary to the rest of the Francophone colonies in West Africa gave impetus to the revolutionary progress in that historic period.

Cooperation continued between the two countries since then, Egypt has sought to support Guinean staff through training courses organized by the Egyptian Fund for Technical Cooperation with Africa in coordination with various government agencies in many areas such as health, judiciary, police, agriculture, education and training of diplomats and others.

On 1/10/2018, Ambassador Hamdi Sanad Loza, Deputy Minister of Foreign Affairs for African, visited Guinea to participate in the celebration marking the 60th anniversary of the Independence Day of Guinea, carrying a message from President El Sisi to the President of the Republic of Guinea.

On 25/5/2017, President Abdel Fattah El Sisi received Guinean President Alpha Condé. The two sides discussed means of developing and strengthening the Egyptian-Guinean relations through activating the mechanisms of joint bilateral action, as well as discussing a number of issues of common interest. The two sides also discussed the close historical relations between the two countries and their efforts to develop them through holding a joint committee and activating existing cooperation frameworks, especially on the economic and trade levels.

On 18/5/2017, Moushira Khattab visited Guinea as part of the campaign to promote her candidacy for UNESCO Director General. She was received by Guinean President Alpha Condé and handed him a written message from President Abdel Fattah El Sisi praising the relations between Egypt and Guinea. The two sides discussed means of enhancing cultural and educational cooperation between Egypt and Guinea and how to transfer the Egyptian expertise necessary to support the educational and cultural institutions of Guinea.

On 3/3/2017 Eng. Ibrahim Mahlab, Assistant to the President of the Republic for National and Strategic Projects, visited Guinea to participate in the meeting of the Board of Directors of the African Renewable Energy Initiative. The initiative aims to generate 10,000 megawatts of renewable energy by 2020, while its biggest goal is to generate 3,000 gigabits per continent by 2030. Mahlab met with the Guinean President, who chairs the session of the African Union.

In 2009: The visit of Deputy Assistant Secretary of State for Central and West Africa in March 2009 to identify the opinions of the military regime of Guinea for the future of the political situation.

In 2008: The visit of the Minister of Defense of Guinea to Cairo to discuss the prospects of military cooperation between the two countries

In 2006: The visit of The Secretary General of the Egyptian Fund for Technical Cooperation with Africa at the time for updating the agreement on technical cooperation.

Egyptian exports do not exceed the value of 500 thousand pounds yearly, and consist mainly of food, construction material that are imported by some Lebanese or Iraqi traders.

There are no Egyptian companies in Guinea, many businessmen have visited Conakry over the recent period, and unanimously agreed on the high potentials of the Guinean market to absorb Egyptian products, and investment but the absence of political and economic stability, which intensified during the last decade, did not encourage the Egyptian businessmen

• Cooperation agreement in the field of tourism in 2004, signed on the sidelines of the visit of the Guinean Minister of Tourism to Egypt

• Agreement on Cooperation between the Foreign Ministries of both countries in December 1999, for a period of three years and is renewed automatically

• General agreement for economic and technical cooperation in December 1999

• Agreement on Cooperation in the field of air transport March 1998

• Agreement to encourage and protect investment in March 1998

With regard to the Joint Commission, five sessions have convened as of March 25, 1982 to push forward the cooperation between the two countries as follows:

• The first session in Conakry - February

The fifth session of the Joint Committee discussed some pending issues as follows:

• Setting up a medical center funded Egypt that would provide the necessary equipment, while the Guinean side is to provide the land suitable for this project in an appropriate place in the capital

• The establishment of an Egyptian cultural center in Guinea